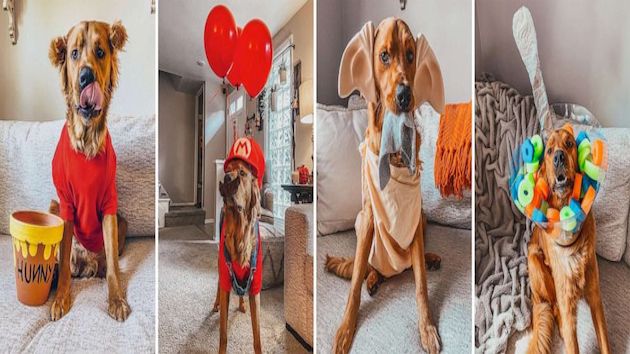 (NEW YORK) — A 1-year-old golden retriever named Chandler has a Halloween costume for every day in October and they are paw-sitively adorable.

Chandler, named after “Friends” character Chandler Bing by his owner Katie Palamara, has over 100,000 followers on TikTok and his 31 costumes have been a viral sensation.

“Halloween is my favorite holiday. I anticipate it months and months in advance,” Palamara said. “So it was kind of a no-brainer to do this.”

Palamara said she acquired the costumes over several months. The costumes range from Winnie the Pooh to Fruit Loops to Chandler Bing.

“His favorite costume was a wide retriever because he got to play with a football,” Palamara said. “His least favorite was the Mario Kart one because he was a little afraid of the balloons.”

“Everyone loves a dog in a costume,” Palamara said. “Especially if he has a smile on his face.”