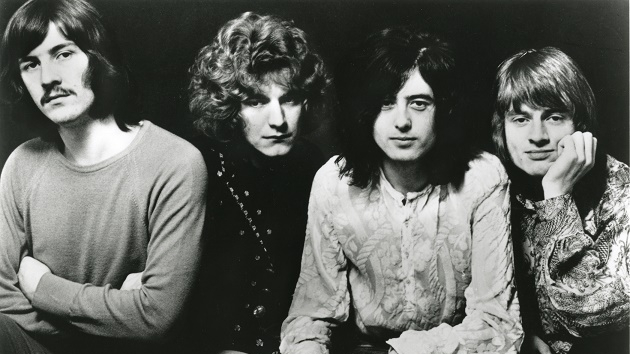 Led Zeppelin has joined the ranks of rock bands with their own official account on TikTok.

The account, @ledzeppelin, will feature official Led Zeppelin artwork and graphics, live performance clips and other video content on the social media platform.

The hard-rock legends also have made their entire catalog available to TikTok users to soundtrack their own videos creations. Led Zeppelin’s catalog spans over 100 songs, including such classics as “Whole Lotta Love,” “Stairway to Heaven,” “Immigrant Song,” “Rock and Roll,” “Black Dog,” “Ramble On” and “Kashmir.”

The launch of Led Zeppelin’s TikTok account comes in advance of the 50th anniversary of the band’s hugely successful untitled fourth album, known as Led Zeppelin IV, which was released on November 8, 1971. The album, which peaked at #2 on the Billboard 200, has sold over 23 million copies in the U.S.

It’s track list includes the aforementioned “Stairway to Heaven,” “Rock and Roll” and “Black Dog,” as well as “Misty Mountain Hop,” “Going to California” and “When the Levee Breaks.”

To commemorate the album’s anniversary, the band has launched a video series on its YouTube channel titled The History of Led Zeppelin IV. The first episode focuses on “Black Dog,” which was released as the album’s first single.