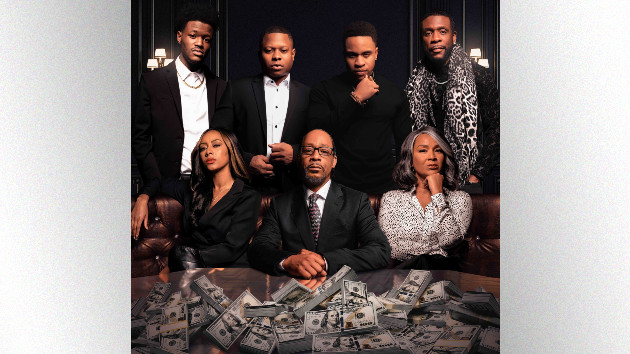 A first-look trailer for producer Melvin Childs‘ new drama For the Love of Money has been released.

The film, which stars Keri Hilson, Katt Williams, LisaRaye McCoy, Rotimi, Jason Mitchell and DC Young Fly, is set to hit theaters nationwide on Wednesday, November 24. It follows Hilson as Gigi, a single mother who, when pushed to her limits out of the need to protect her daughter, returns to a life that she’s spent years trying to run away from. For the Love of Money also features guest appearances by Latto, Keith Sweat and Lyfe Jennings.

In other news, Billy Porter has been tapped to direct HBO Max’s Camp, a feature adaptation based on the Young Adult novel by Lev Rosen, Deadline has learned. The film centers on 16-year-old Randy Kapplehoff, a boy who falls hard for another young man during his summer at Camp Outland. As he goes through great lengths to get his crush’s attention, Randy grapples with the question of how “much he is willing to change for love.” In addition to directing, Porter will play the role of Mark, the camp’s theater director. Other casting details about Camp have yet to be announced.

Finally, ABFF Ventures has announced that Oscar-winning actress Halle Berry will serve as the ambassador for the 2021 American Black Film Festival. Along with her ambassador functions, Berry will headline ABFF’s popular talk series, where she will open up about her 30-year career in the industry as an actress and creative. As previously reported, this year’s festival will be a worldwide virtual experience hosted on its custom-built platform, ABFF PLAY, from November 3 to November 28. To register for ABFF, visit ABFF.com.