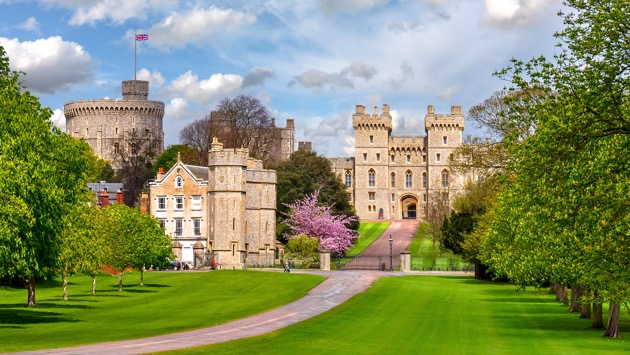 (LONDON) — Britain’s Queen Elizabeth II is back at work less than a week after an overnight hospital stay.

The 95-year-old monarch was seen smiling on Tuesday as she held a virtual audience at Windsor Castle to receive South Korea’s ambassador to the United Kingdom, Gunn Kim.

The queen, wearing a yellow dress and a pearl necklace, spoke with the ambassador via video link from the royal residence in England’s Berkshire county, where she has been staying since her hospitalization.

Last week, Queen Elizabeth was forced to cancel a trip to Northern Ireland under orders from her medical team to rest.

She was hospitalized on the night of Oct. 20 for “preliminary investigations,” according to a spokesperson for Buckingham Palace.

By the following afternoon, the queen was back at her desk at Windsor Castle and undertaking light duties, the spokesperson said.

No further details about her condition were released by the palace.

The day before her hospitalization, Queen Elizabeth hosted a reception at Windsor Castle for a global investment summit where she met with leaders, including Microsoft co-founder Bill Gates and U.S. climate envoy John Kerry.

She did not attend church on Sunday, so Tuesday’s appearance was the first public sighting of the queen since her hospitalization.

Queen Elizabeth is still scheduled to travel to Glasgow, Scotland, next week with other members of the British royal family for the 2021 United Nations Climate Change Conference.