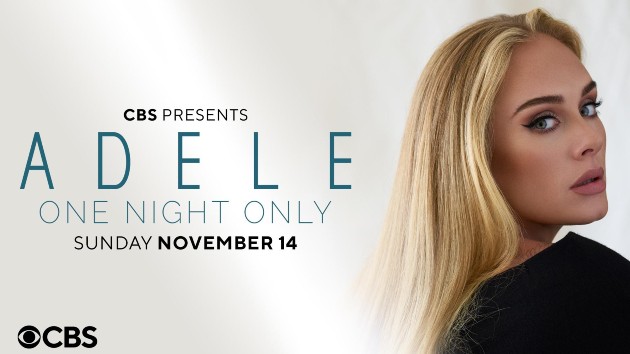 Adele is returning to the concert stage…next year.

The superstar has announced two shows in London’s Hyde Park for 2022, on July 1 and 2.  Fans who want first crack at the tickets can sign up at her website now for the presale, which starts Thursday, October 28 at 5am EST.  Tickets go on sale to the general public this Saturday at 5 am EST.

Meanwhile, Adele did a bit of a warmup for what will hopefully be even more live performances: On Sunday, she filmed the concert portion of her upcoming CBS special Adele One Night Only, Page Six reports. A source shared that the performance, which was held at the Griffith Observatory in Los Angeles, consisted of four songs, including “Easy On Me.”

“[The] songs [were] about being yourself and not caring,” the source added, noting that Adele sang songs that “she’s never done live before.”

Adele One Night Only is set to air Sunday, November 14, followed by the release of her highly anticipated fourth studio album, 30, on November 19.