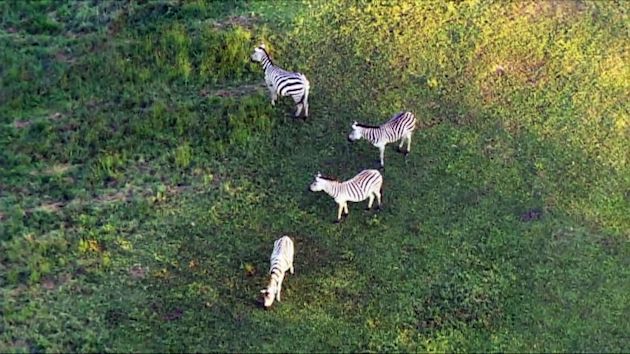 (WASHINGTON) — There’s a new twist in the tale of those zebras — still on the loose in Maryland since escaping two months ago.

Earlier this week, authorities filed criminal charges of animal cruelty against Jerry Lee Holly, after three of the zebras got away from his 300-acre farm back in Prince George’s County outside Washington.

The charges included depriving the zebras of “necessary sustenance,” inflicting “unnecessary suffering or pain” and a failure “to provide [a] Zebra with nutritious food in sufficient quantity, and proper shelter while said animal was in his charge and custody,” according to legal documents obtained by ABC News.

The charges come after one of the escaped zebras was found dead in a field after getting caught in an illegal snare trap, within feet of the enclosure where Holly’s 36 other zebras are held, according to the documents.

“The animal should have been seen or heard while it was dying from being caught in the snare if the caretaker had attended to the zebras in the fenced enclosure,” the court filing said.

Earlier this week, another zebra was found dead, this time within Holly’s zebra enclosure, authorities said. It had been dead long enough to develop rigor-mortis before authorities were called, the documents said.

These instances are “sufficient circumstantial evidence of neglect to warrant a criminal charge,” the filing said.

It noted that the zebras pose a threat to the community and themselves.

“The zebras at-large are a public nuisance. The animals are dangerous, and serve a risk to persons approaching them, and a risk to drivers on the public roadways. Zebras running at large are by County code declared a nuisance and dangerous to the public health, safety and welfare,” the filing said.

ABC News reached out to Holly for comment but got no immediate response.

The saga of the escaped zebras has been bewildering. Originally, five zebras were reported to have escaped, but then the number was corrected to three.

Now, after the tragic snare trap incident, the number of escaped zebras is down to two. The latest effort to capture the two remaining zebras adds yet another twist to the story.

Two zebras have been placed in a corral, which is supposed to attract the two fugitive zebras with food and companionship.