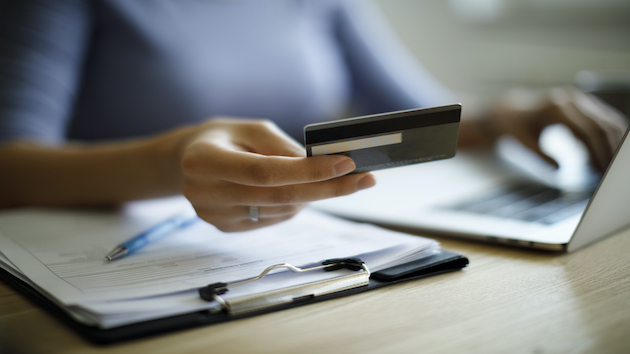 (NEW YORK) — Eight Nigerians have been charged in the U.S. with running widespread internet scams for at least a decade from their base of operation in Cape Town, South Africa, federal prosecutors in New Jersey announced Wednesday.

The suspects, who were arrested in Cape Town and are awaiting extradition, have suspected ties to a transnational organized crime syndicate originating in Nigeria known as Black Axe.

From 2011 through 2021 the defendants allegedly ran schemes that involved their telling victims in the United States false narratives about traveling to South Africa for work and needing money after a series of unfortunate and unforeseen events, according to the indictment.

Other Americans fell victim to the defendants’ romance scams, believing they were in romantic relationships with someone using an alias and, when requested, the victims sent money and items of value to South Africa, the indictment said.

“The Co-conspirators often used aliases not only of the purported love interest of a victim, but also of other people involved in that person’s life, including a purported child, a business partner, or a friend, to bolster the perceived legitimacy of the stories portrayed, as a part of the Romance Scam or Advance Fee Scheme and to further induce the victims to send money on behalf of the purported love interest,” the indictment said.

Federal prosecutors quoted messages the defendants allegedly sent to victims, in one instance seeking a loan to fix a crane for a construction project:

“Honey, i don’t know how you will take this, i hate doing it but i have no other option, with profound sense of sadness and disgrace i am begging you to please loan me the balance, if possible a little bit more for upkeeping, i promise i will reimburse you once they come for inspection and give me the part-payment and that cannot be more than sometime next week.”

Sometimes victims were allegedly convinced to open financial accounts in the United States that the conspirators would then be permitted to use themselves to launder money.

Internet-based scams like the ones described in the indictment cost victims $600 million in 2020, according to the FBI.

“If you continue to be able to have a scheme that works you’re going to keep going back to it,” said George Crouch, special agent-in-charge of the FBI’s Newark Field Office.

He said the schemes allegedly perpetrated by the Nigerians charged this week were particularly insidious because they played on people’s emotions.

“Widowers, widows, divorcees, they really target those folks in a vulnerable state, pulling at their heart strings, all with the intent of separating them from their money,” Crouch told ABC News in a phone interview.

“Americans are too often victimized by criminal organizations located abroad who use the internet to deceive those victims, defraud them of money, and, many times, persuade the victims to wittingly or unwittingly assist in perpetuating the fraudulent schemes,” acting U.S. Attorney Rachael Honig said. “The public should be on guard against schemes like these.”