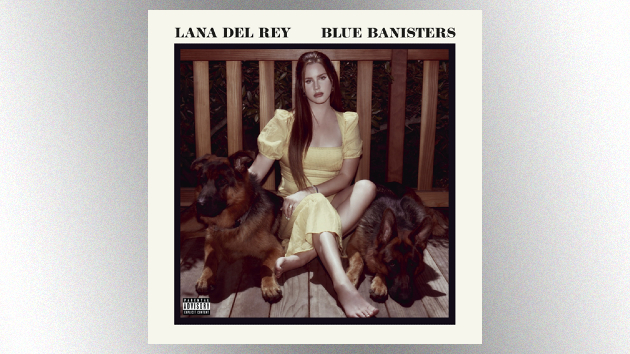 Lana Del Rey has premiered the video for “Blue Banisters,” the title track off her upcoming new album.

The clip reflects the melancholy mood of the tune by recreating images from its lyrics, including Del Rey riding a John Deere tractor, baking a birthday cake, and, of course, painting her banisters blue.

You can watch the “Blue Banisters” video streaming now on YouTube.