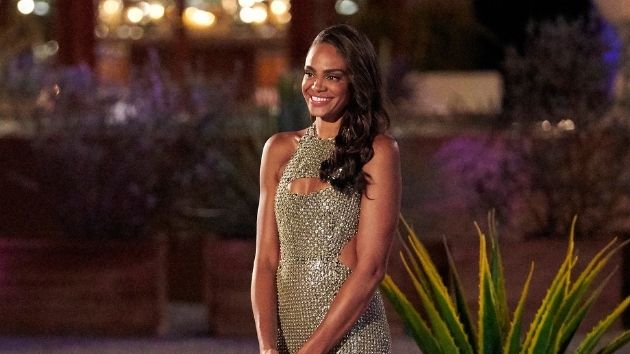 The Bachelorette‘s 18th season kicked off on Tuesday with Michelle Young, a 28-year-old elementary school teacher, ready to find her “soulmate.”

Kaitlyn Bristowe and Tayshia Adams returned for their second season as hosts and, before sparks could fly, they paid a surprise visit to the guys to see if they were “up to Michelle’s standards.”

Most of the men passed their test, except for Ryan, an environmental consultant from California.  The hosts found a Bachelorette cheat sheet in his room, which detailed everything from how to get more screen time to knowing which cast members to emulate so he could get ahead in the competition.

The plan almost worked, too, with Michelle falling for his pitch. Thankfully, Kaitlyn and Tayshia pulled her aside and exposed Ryan’s game plan.

Snapping into teacher mode, Michelle escorted Ryan to his room and made him turn over his notes. After reading his incriminating list, she gave Ryan a failing grade and expelled him.

Also being sent home on night one was Brandon K., a brand manager from Austin; Bryan, an NFL player from Chicago; Garrett, a tech CEO from Salt Lake City; Edward, a wellness coach from Los Angeles; Jack, a former Army officer from Philadelphia; and JoMarri, a personal trainer from Fresno, California.

As for the lucky suitor who earned the first impression rose, the honor went to Nayte, a sales executive from Austin.  He connected with Michelle when he immediately opened up to her about coming from a broken home and said his dream is to one day offer his kids the childhood he never had.

Here are the other men remaining after the first rose ceremony:

The Bachelorette returns Tuesday at 8 p.m. ET on ABC.