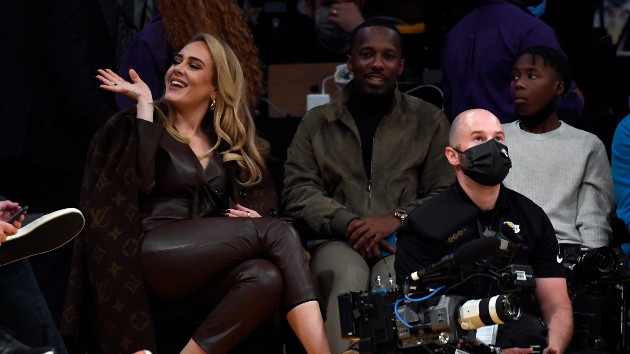 Adele and her boyfriend Rich Paul stepped out for another courtside date night Tuesday night.

The 33-year-old singer and the 39-year-old sports agent took in a Los Angeles Lakers vs. the Golden State Warriors game at the Staples Center in L.A. Adele looked chic in a brown leather ensemble with a Louis Vuitton coat, while Rich wore an olive suede jacket with a black turtleneck.

The two made their first public appearance together back in July at game 5 of the NBA Finals. Adele recently opened up about the relationship to Vogue, saying that Rich is the first man she’s dated since her divorce who has been accepting of her fame.

“Rich just incredibly arrived,” she said. “I don’t feel anxious or nervous or frazzled. It’s quite the opposite. It’s wild. I’m a 33-year-old divorced mother of a son, who’s actually in charge. The last thing I need is someone who doesn’t know where they’re at, or what they want. I know what I want. And I really know what I don’t want.”