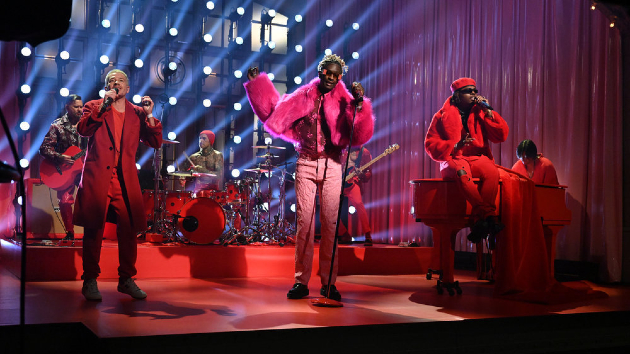 If you’ve been wondering what Nate Ruess has been up to lately, apparently he’s collaborating with Young Thug.

The fun. frontman joined the rapper during his performance this past weekend on Saturday Night Live. Ruess sang the hook on the song “Love You More,” which is featured on Young Thug’s new album, Punk.

Ruess released one solo album, Grand Romantic, in 2015, but has been fairly quiet since fun. went on hiatus earlier that year. Meanwhile, his fun. band mate Jack Antonoff launched his Bleachers solo project and has produced albums for artists including Lorde, Taylor Swift and Lana Del Rey.