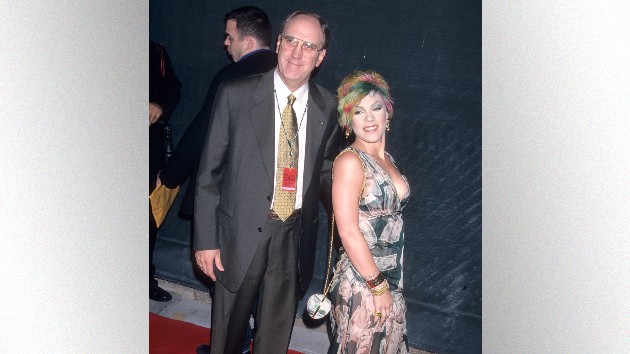 Pink has confirmed that her father, Jim Moore, lost his battle with prostate cancer.

Taking to Instagram on Friday — her father’s birthday — the singer shared a photo of his grave, and reflected on the complicated relationship she had with him before expressing, “I don’t even know that I can handle the cold hard truth that I miss you yet. I wanna still act like this is one of those times that I’m busy and not calling. I can’t feel this yet.”

Noting that her father would have turned 76 on Friday, she lamented, “I don’t know where you are.  And therefore I don’t know where I am either. Happy Birthday Daddy Sir. Gone but not forgotten. I won’t miss you yet. I’m not ready.”

Pink first hinted of her father’s passing in August when she shared two photos to Instagram of herself dancing with her dad, one at her wedding to husband Carey Hart and the other of a young Pink and Jim at a formal function.  She captioned it, “Til forever.”

She’d previously revealed in June 2020 that her father was battling cancer, sharing on Instagram a photo of Jim smiling while undergoing his second round of chemotherapy, noting that he learned he had cancer after he “fell off a ladder and fractured his back.”

Pink, whose parents divorced when she was 10, helped her dad realize his music dreams in the mid-2000s when they recorded “I Have Seen the Rain” — a song Jim wrote while he was serving in the Vietnam War — together. She credited her dad’s song with helping her learn to play the acoustic guitar and how to harmonize, since it was the first song she ever learned.