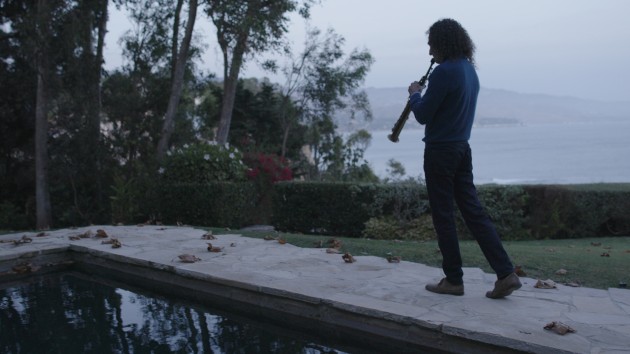 Why do some people hate Kenny G‘s music?  That’s the question that a new HBO documentary aims to explore.

The film, titled Listening to Kenny G, follows the saxophonist — the best-selling instrumentalist of all time globally — as he works on his first album in seven years.  It also examines his career through archival footage and interviews with fans, critics, record executives and radio personalities.

But according to a press statement, because Kenny G is “arguably the most famous living jazz musician,” the movie is really “about why that makes certain people so mad.”  It’s described as a look at “how our artistic tastes shape our personal identities and signal our social belonging.”

Of course, Kenny G isn’t as square as some people make him out to be.  The Weeknd tapped him to play on the remix of his song “In Your Eyes,” and Kanye West famously hired him to serenade the rapper’s soon-to-be-ex-wife, Kim Kardashian, and also had him play on his number-one gospel album, Jesus Is King.

What’s more, Kenny made a cameo in a Katy Perry video, appeared in a Super Bowl commercial, and performed with Foster the People on SNL.  He’s also one of only five artists to have appeared in the Billboard top 40 in every decade from 1980 to 2010.

Listening to Kenny G premieres on HBO on December 3.  It’s part of HBO’s Music Box film series, which includes the Alanis Morissette documentary Jagged, the Woodstock ’99 documentary Peace, Love & Rage, docs about the late rappers DMX and Juice WRLD, and a profile of Robert Stigwood, the entertainment tycoon who managed the Bee Gees, made John Travolta a movie star and gave us Grease and Saturday Night Fever.