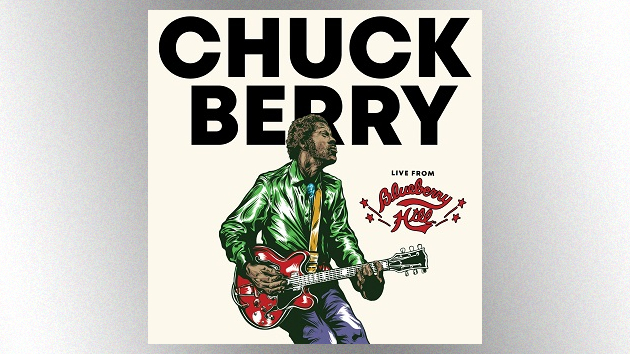 Coinciding with what would’ve been legendary rock ‘n’ roll pioneer Chuck Berry‘s 95th today comes word that an archival concert album titled Live from Blueberry Hill will be released on December 17 on CD and digital formats.

The album features performances of 10 songs recorded between July 2005 and January 2006 at the shows that Berry played regularly at the Blueberry Hill restaurant and music club near his hometown of St. Louis.

Live from Blueberry Hill boasts renditions of Berry classics including “Roll Over Beethoven,” “Rock and Roll Music,” “Sweet Little Sixteen,” “Around and Around,” “Nadine” and, of course, “Johnny B. Goode.”

One of the tracks, a raucous and rollicking medley of “Carol” and “Little Queenie,” has been released as an advance tune via streaming.

Live from Blueberry Hill can be pre-ordered now. Vinyl versions of the album, pressed either on black vinyl or limited-edition colored vinyl, are due out in Arpil 2022.

In other news, Gibson has marked Berry’s 95th birthday by releasing a new signature Chuck Berry electric guitar that replicates his favorite go-to a 1978 Gibson ES-355 model. The instrument, which is available now, has a list price of $6,999.