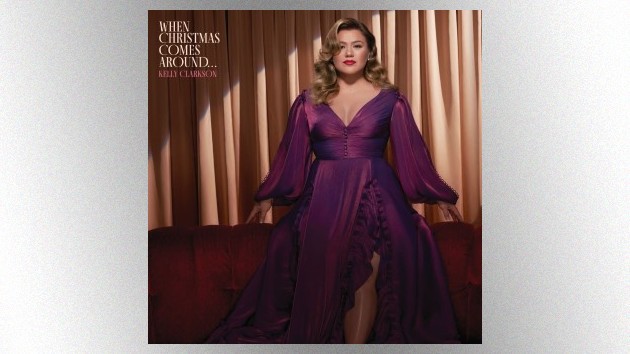 October is close enough to December that the avalanche of Christmas music is already starting. Kelly Clarkson‘s new holiday album …When Christmas Comes Around is out today, while former Journey frontman Steve Perry has released a new track from his album The Season, due out in early November.

Kelly’s album features duets with country stars Chris Stapleton and Brett Eldredge, but fans were probably most excited about the fact that she’s also singing with her fellow The Voice coach, Ariana Grande, on a song called “Santa Can’t You Hear Me.”  Kelly and Ariana trade verses on the track, which is about telling Santa that you don’t want material things — you only want what’s under the mistletoe, i.e., love.

“thank you so much @kellyclarkson for inviting me to be a part,” Ariana tweeted.

Meanwhile, Steve Perry has released his take on “Winter Wonderland,” which is a very different arrangement than the one we’re all used to.  “’Winter Wonderland’ is one of my favorite tracks on The Season,” he says in a statement. “I have always felt a close love for Motown’s music and how it shaped my early school years. This track is a homage to that.”

The Season, featuring eight tracks in all, arrives November 5. It’s the follow up to 2018’s Traces, which marked the Rock and Roll Hall of Famer’s return to music after 24 years.