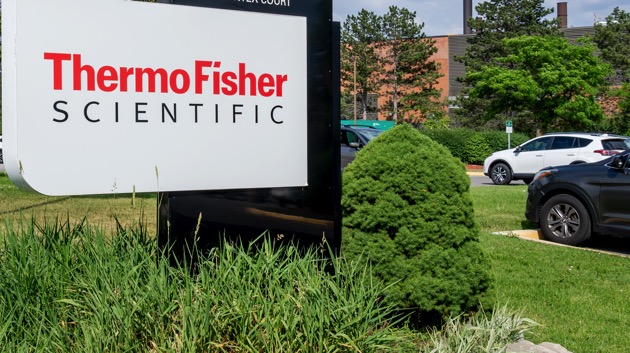 (NEW YORK) — The family of Henrietta Lacks, an African American woman whose cells were collected from her body and used for medical research without her consent in 1951, is seeking justice for their relative.

On Oct. 4, the 70th anniversary of her death, Henrietta Lacks’ family filed a federal lawsuit against Thermo Fisher Scientific claiming unjust enrichment and nonconsensual use of her cells and tissue samples.

The Lacks family has retained Benjamin Crump as their lead attorney. Crump, who previously represented the families of George Floyd and Breonna Taylor, says he believes this case can bring justice to the family.

In 1951, at the age of 31, Henrietta was diagnosed with cervical cancer and began treatment at one of the only facilities willing to treat African Americans, Johns Hopkins Hospital in Baltimore. During her treatment, a gynecologist preformed a biopsy on her and sent her tissue to a lab for research, without her consent or that of her family’s.

In subsequent experiments with her tissue sample, scientists discovered that Henrietta’s cells reproduced and thrived outside of her body — a discovery that helped shape medical innovations.

What Henrietta Lacks experienced is now illegal and researchers are required to get consent before using a patient’s tissue sample for research according to federal law.

The family members say they have not received any profit from the research and use of Lacks’ cells. They say they believe the time is now to be compensated and they are aware they will have to fight as many as 100 defendants, the first being Thermo Fisher.

Thermo Fisher Scientific Inc., based in Massachusetts, sells HeLa cells on its website.

“Thermo Fisher Scientific’s business is to commercialize Henrietta Lacks’ cells—her-living bodily tissue—without the consent of or providing compensation to Ms. Lacks” the lawsuit states. “All the while, Thermo Fisher Scientific understands—indeed, acknowledges on its own website—that this genetic material [is] stolen from Ms. Lacks.”

The lawsuit is also asking the court to order Thermo Fisher Scientific to “disgorge the full amount of its net profits obtained by commercializing the HeLa cell line to the Estate of Henrietta Lacks.”

Christopher Seeger, another attorney for the Lacks family, said that other companies also will be targeted for commercializing Lacks’ cells.

Thermo Fisher Scientific, he said, “shouldn’t feel too alone because they’re going to have a lot of company soon.”

Lack’s story emerged about a decade ago with the release of the book, “The Immortal Life of Henrietta Lacks.”

Ron Lacks says his mother was the first person in the family to discover that cells obtained from her deceased mother-in-law, Henrietta Lacks, were still viable in 1973.

Ron Lacks is the estate’s executor and the oldest grandson of Henrietta. For years he has been inspired by his mother’s resilience to keep Henrietta’s name alive and he is using this inspiration to fight for his family’s ownership of his grandmother’s legacy.

“Every time, I walk into my mother’s room, she gives me strength because I know I’m doing it for her. She started this in 1973. She started this, so when I walk into her room and feed her, change her, I know I’m doing this for her.” Ron Lack told ABC News. “When you fighting for your family, you come off with all guns blazing, you don’t stop until you succeed or they knock me down,” he added.

Johns Hopkins University states on its website that it has “never sold or profited from the discovery or distribution of HeLa cells” and that the university does not own the rights to the HeLa cells.

The university also claims it has helped the Lacks family broker an agreement that requires scientists to receive permission to use Henrietta Lacks’ genetic blueprint.