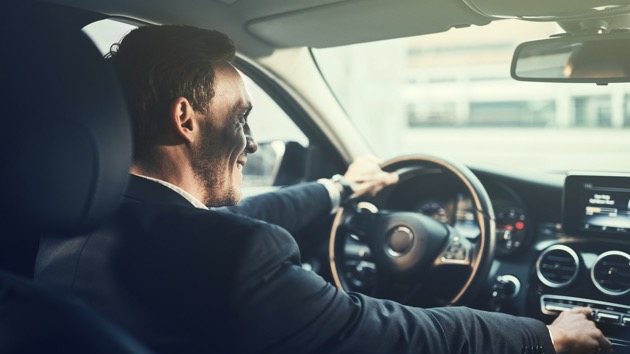 (NEW YORK) — In 2005, when music producer and engineer Elliot Scheiner was working with the Foo Fighters on “In Your Honor,” he had the rock group sit in an Acura TL parked outside the studio.

“We’d finish a mix and go out to the car to listen,” Scheiner, an eight-time Grammy winner, told ABC News. “We listened to the album for two weeks in the car. We’d come back, make changes and go back to the car. We mixed these records based on the Acura.”

The Foo Fighters were immediately captivated by the TL’s immersive, crisp and precise sound system Schenier helped design with a team of Panasonic engineers.

“Dave [Grohl] went out and bought a car, he thought it was so amazing. [Eagles guitarist] Joe Walsh bought one too,” Schneier recalled. “All the artists felt [the system] was the most unbelievable representation of what they do.”

Automakers — even mainstream ones — have increasingly turned their attention to high-end, premium audio systems to attract buyers.

“When you put a speaker in the car, it sounds completely different,” Panasonic engineer Mark Ziembe told ABC News. “The car changes it, makes it colored. We’re trying to get rid of that car sound.”

Techniques like dynamic enhancement, motion control and equalization are applied in the tuning process to make sure an Acura “sounds more like a studio,” Ziembe said.

Cadillac decided to team up with AKG, an acoustics engineering and manufacturing company, on the revamped Escalade SUV.

“We really wanted to take Cadillac and the audio system to the next level and be different, be unique,” Chris Lata, the engineering group manager for the Cadillac Escalade, told ABC News. “It was a global search and we had a lot of different proposals. AKG is a Grammy winning studio.”

The AKG Studio Reference System in the Escalade comes with 36 speakers and 28 channels that provide a rich, acoustic environment for passengers. Lata said finding where to strategically place and integrate the speakers — the A pillar, headliner, doors — was a challenge in the massive Escalade.

“We worked very closely with AKG on the tuning … there were lots of tweaking, listening evaluations, tests with the windows down, at highway speeds,” he said. “Speakers had to get in the places and locations that give the best studio experience and immersive feel.”

He went on, “When you get into an Escalade and listen to the AKG system, it’s almost like you’re hearing the music differently for the first time. We’ve recreated the live experience as if you’re sitting there at the studio or stadium.”

Brian Moody, executive publisher of Autotrader, said automakers are concentrating on premium audio systems to stand out among audiophiles and consumers who are spending more hours of the day inside their vehicles.

“When you hear the music the way the artist intended — the subtlety, breathiness, crunchiness — it’s a huge enhancement in your everyday life,” he told ABC News. “In the modern world of cars it’s no longer enough to say I have cooled seats and leather and a sunroof. Automakers are taking audio more seriously. Premium systems become more about branding and exclusivity.”

These systems may even matter more than a vehicle’s performance stats or latest tech gadgetry, Moody argued.

“Millennials don’t care that a car has a V8 engine,” he said. “My 18-year-old son is way more interested in a car’s sound quality than ride quality.”

Tim Gunkel, a sound and acoustics development engineer at Mercedes-Benz, said he’s seeing more young people seek out premium audio systems over engine size in their luxury vehicles. Mercedes is currently the only automaker to offer a 4D high performance stereo system where “you can actually feel the music, can feel the impact of the bass, when sitting in the seat,” he told ABC News.

The 4D surround system, developed in partnership with renowned German audio company Burmester, took five years to engineer and is only offered in Mercedes’ flagship S-Class sedan. The state-of-the-art system features 31 high-performance loudspeakers, eight additional exciters and a system output of 1,750 watts — allowing the driver and passengers to perceive the rhythms of the music through the entire body and not just the ears.

“Burmester is connected to a lot of famous Berlin musicians and music producers,” Gunkel noted. “Our customers tell us they like the audio system so much they go to the car to listen to their music.”

British automaker McLaren first partnered with venerable Bowers & Wilkins, also based in the U.K., in 2015 for the 570S supercar. McLaren’s audio engineers had to create a perfect audio system for its discerning customers while also factoring in the supercars’ sonorous turbocharged V8 engines.

“At higher speeds, you’re hearing a lot of noise from external sources,” Matthew Dryden, McLaren’s senior engineer for audio systems, told ABC News. “The system adjusts the bass frequencies to counteract the wind and tire noise … the audio sounds the same but the user doesn’t notice.”

“More and more consumers expect a vehicle’s audio to match up to what they have at their house,” said Dryden. “We want our customers to go on long journeys and enjoy the audio experience.”

Karl Brauer, executive analyst at iSeeCars.com and a self-described audiophile, said a small but growing subset of consumers is willing to pay thousands of dollars more for higher quality, dynamic systems. The best way to test a vehicle’s audio system? Put away the cellphone and plug in a USB to get that raw, unadulterated experience, according to Brauer.

“The number of speakers in cars has become a bullet point in marketing material,” he told ABC News. “Don’t be fooled by the specs — you have to listen to the quality of the system. And execution of the hardware is even more important than the hardware.”

For lawyer Greg Kovacevich, the ELS Studio system in his Acura TSX helps him tune out and survive his long commute home in Southern California traffic.

“I am sitting like cattle most of the time and I want good sound and a comfortable seat to enjoy myself,” he told ABC News. “Premium sound is far more important to me than super tight handling or even fuel efficiency.”

Kovacevich said he has sampled various audio systems made by other automakers but keeps coming back to Acura, with plans to soon buy the new TLX.

“The system is designed so well … Elliot is amazing. The only place I listen to music is in the car,” he said.