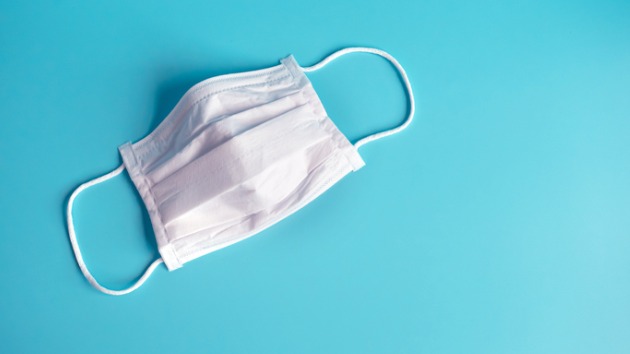 (NEW YORK) — A number of pediatric hospitals across the country are warning about an increase in the number of cases of multi-system inflammatory syndrome in children, a rare condition in which different parts of the body, including the heart, lungs, kidneys, brain, skin, eyes or gastrointestinal organs, become inflamed.

MIS-C, which most often appears four to six weeks after a COVID-19 infection, can be serious and potentially deadly, but most children who are diagnosed with it recover with medical care, according to the Centers for Disease Control and Prevention.

Federal data shows that there have been at least 46 confirmed MIS-C deaths and 5,217 confirmed MIS-C cases — and about 61% of the reported cases have occurred in children who are Hispanic/Latino or Black. Children between the ages of 6 to 11, who may soon be eligible for a COVID-19 vaccine, have reported the highest number of MIS-C cases since the onset of the pandemic.

Nearly 5.9 million children have tested positive for COVID-19, and MIS-C infections represent only 0.0009% of COVID-19 pediatric cases. However, between July and August, the average number of daily MIS-C cases nearly doubled.

“MIS-C happens about four to six weeks after a primary COVID infection, and we know that the delta variant has really impacted kids, more than previous waves have done, and so it’s not really that big of a surprise a couple weeks after your first cases of COVID start rolling, and then you start seeing your MIS-C cases roll in,” Dr. Amy Edwards, a pediatric infectious disease specialist at UH Rainbow Babies and Children’s Hospital in Cleveland, told ABC News Friday, in reference to the facility’s recent uptick.

Dayton Children’s Hospital told ABC News they too have seen an uptick in recent weeks. And it is not just in Ohio where officials are seeing increases. In Tennessee, the number of MIS-C cases has more than tripled since early February.

“We saw a dramatic increase in COVID-19 cases in children over the past two months with the delta variant surge in our region,” Dr. Sophie Katz, assistant professor of pediatric infectious diseases at Monroe Carell Jr. Children’s Hospital at Vanderbilt said in a press release on Wednesday. “Unfortunately, we anticipate an increase in MIS-C cases following this spike.”

Earlier this week, officials from Children’s Mercy Hospital in Kansas City, Missouri, said at a press conference that their physicians have seen an uptick in MIS-C in recent weeks as more children test positive.

“I saw three with MIS-C personally last week,” said Dr. Angela Myers, the division director of infectious diseases at Children’s Mercy. “I think we’ve had more [children] continue to get admitted to the hospital since then. That’s more than the zero we had multiple months before that.”

And on Wednesday, the University of Mississippi Medical Center, which houses Mississippi’s only pediatric hospital, reported that the state is still seeing acute cases of COVID-19 and MIS-C in children.

“What we have now is both MIS-C and severe acute COVID-19, and I think it’s because of schools dropping mask mandates,” Dr. Charlotte Hobbs, professor of pediatric infectious diseases and director of UMMC’s MIS-C clinic, said in a statement. “We saw this drop of acute COVID-19, and then MIS-C, and now acute COVID-19 is increasing again. Acute COVID and MIS-C at the same time is something that has not happened before, and it is preventable.”

“How can something like that take over your kid’s life in like a week? I’m not understanding that. It was like the most scariest things that ever happened in my life. No mother should ever have to hear that your baby might not make it,” Ruffin told ABC News Friday. “To see your 6-year-old son just laying there. And he’s scared and don’t know what’s going on.”

According to the CDC, the best way for a parent to protect their child is by taking “everyday actions” to prevent COVID-19, including mask-wearing and hand-washing.

At this time, severe illness due to COVID-19 remains “uncommon” among children, according to the American Academy of Pediatrics and the Children’s Hospital Association.

However, any acute illness from COVID-19 and death in a child is concerning, Dr. Richard Besser, a pediatrician and former acting director of the CDC, told ABC’s “Good Morning America” on Friday.

Experts continue to emphasize the urgency for not only children to be vaccinated, when eligible, but also for their parents and all of those in the communities around them to get the shot as soon as possible