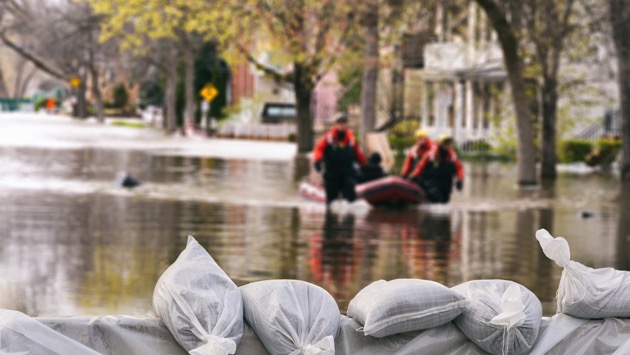 (ARAB, Ala.) — Four people, including a 4-year-old, have died in devastating flooding in Alabama.

Up to 13 inches of rain fell — with rates as high as 5 inches per hour — in Jefferson and Shelby counties, which includes Birmingham and hard-hit Pelham.

A 4-year-old girl and an 18-year-old woman died as a result of the flooding in Marshall County, located in northern Alabama, the county coroner’s office said.

In Hoover, near Birmingham, a 23-year-old-woman and 23-year-old man were found dead in their submerged car Thursday after being swept away in floodwaters Wednesday night, Hoover police said.

In Pelham, fire officials said they responded to 282 calls for service. Officials conducted 82 rescues from homes and over a dozen rescues from cars.

Schools in Pelham are closed Thursday due to the excessive flooding. A flash flood watch remains in effect through Thursday night.

Residents in Panama City, Montgomery, Birmingham, Atlanta and Asheville should be prepared for flooding.

East of Asheville, rainfall rates of 2 to 4 inches per hour have been reported. A state of emergency was issued in McDowell County, North Carolina.

By Friday, the Southeast will finally start to dry out as the heavy rain shifts into parts of the Appalachians and Mid-Atlantic.