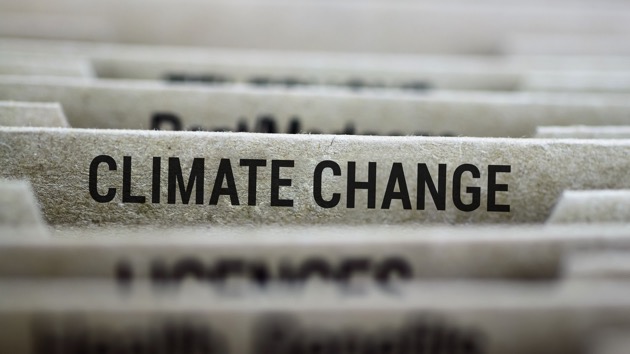 (WASHINGTON) — Asked last week what the biggest sticking points were in the ongoing negotiations over the partisan budget reconciliation bill, California Rep. Ro Khanna, a member of the progressive caucus, texted ABC News one word: “climate.”

In television interviews since, several other progressive leaders have also been quick to underscore their commitment to the climate-related provisions in the sweeping budget package, suggesting the issues are top of mind as debate continues with key holdouts Sens. Joe Manchin, D-W.Va., and Kyrsten Sinema, D-Ariz. Without Republican support around the budget proposals, Democrats cannot afford to lose either vote.

Although the White House is eager to strike a deal on the budget bill, the upcoming United National Climate Change Conference in Glasglow, Scotland, at the end of the month is adding pressure for the president to deliver on climate change.

In his recent public remarks to both domestic and foreign audiences, President Joe Biden has not only outlined bold benchmarks for dramatically reducing the United States’ total greenhouse gas emissions and dependency on fossil fuels over the next 10 years, but he has also leaned on other nations to up their commitments, too.

“The president cannot show up in Glasgow empty-handed,” Jamal Raad, co-founder and executive director of climate change advocacy group Evergreen Action, told ABC News. “The current budget reconciliation package includes major pieces of legislation that will drive down emissions and let us be taken seriously on the global stage.”

But Manchin has expressed skepticism around some of the energy proposals, including new tax incentives for renewable energy production and disincentives for utility companies that do not accelerate a transition to cleaner energy sources. From a state with deep roots in coal, Manchin has repeatedly indicated he is reluctant to support measures viewed as punishing fossil fuels.

On CNN’s State of the Union last month, Manchin expressed his support for many, if not all, of the social programs outlined in the current budget proposal, but when pressed on the climate and carbon emissions proposal he said, “The [energy] transition is happening. Now they’re wanting to pay companies to do what they’re already doing. Makes no sense to me at all for us to take billions of dollars and pay utilities for what they’re going to do as the market transitions.”

In a document obtained by ABC News showing negotiations on the budget from over the summer, Manchin also listed that he was not in favor of cutting subsidies for fossil fuels if energy companies were going to be given tax credits for the production of renewable energies.

Biden campaigned on eliminating tax subsidies for fossil fuel companies, and when asked about it by ABC News on Friday, White House press secretary Jen Psaki said ending them was still the White House’s goal.

The president’s initial proposals for large-scale government spending to foster renewable energy production were scrapped and scaled back to pass the bipartisan infrastructure deal in the Senate in early August. Progressives were told at the time that many of the ideas would be salvaged and included in the partisan budget reconciliation package.

Currently, the budget includes over $300 billion in proposed clean energy tax credits intended to support energy companies’ work to ramp up the production of renewables, cleaner cars and greener buildings; incentives for consumers to buy electric vehicles; fees and stricter rules around methane leaks; and $150 billion for a Clean Electricity Performance Program designed to incentivize utility companies to supply at least 4% more clean energy year over year with the target of reaching 80% zero-emission electricity nationwide by 2030.

Speaking to Margaret Brennan on CBS’s Face the Nation, progressive Rep. Alexandra Ocasio-Cortez, D-N.Y., said Sunday the climate provisions in the budget package were non-negotiable to her. She described a recent report from the Intergovernmental Panel on Climate Change as a “code red for humanity.”

“I think some of the climate provisions that we have, we cannot afford to increase carbon or just fossil fuel emissions at this time. That is simply the science. That is not something we can kick down the line,” Ocasio-Cortez told Brennan.

“You’re going to run right into Sen. Joe Manchin on those issues though, you know that,” Brennan replied to Ocasio-Cortez, and the congresswoman did not disagree.

“Yes, and I think Sen. Manchin is going to run to the science,” Ocasio-Cortez responded.

On ABC’s This Week on Sunday, Senate Budget Chair Bernie Sanders, I-Vermont, argued that on the issue of fighting climate change, the top-line spending totals for the entire budget package were probably too small.

“When we especially talk about the crisis of climate change, and the need to transform our energy system away from fossil fuel, the $6 trillion that I had originally proposed was probably too little, $3.5 trillion should be a minimum,” Sanders told ABC’s Jonathan Karl.