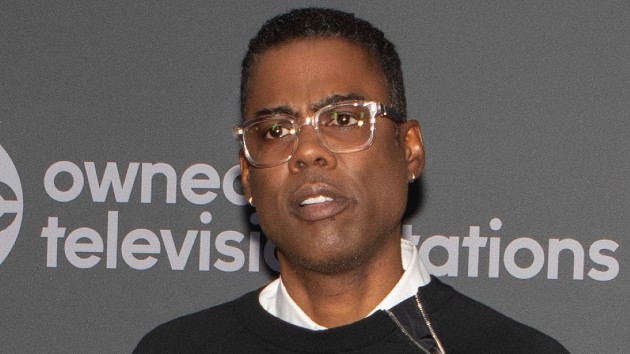 The pair popped up at musician Robert Glasper‘s “Robtober” residency at the legendary Blue Note Jazz Club, according to Page Six.

Rock tweeted last month that he’d tested positive for the virus, urging fans to get vaccinated. Onstage, he joked, “It wasn’t quite as hard as being black, but it was close….That’s why everyone’s trying to avoid it…”

Rock and Chappelle, who has also recovered from COVID-19, mentioned where the vaccinated Rock may have been infected. “I think I got it on this Civil Rights movie,” Rock noted, to which Chappelle riffed, “That’s a noble way to get COVID.”

The movie in question could be director David O. Russell‘s as-yet-untitled film in which Rock will appear with a number of A-List stars, including Robert De Niro, Christian Bale and John David Washington.

Page Six says the famous comics were also joined at the Blue Note by actors Jeffrey Wright and Hill Harper. Recording artist Talib Kweli, who was celebrating his birthday, also joined Rock and Chappelle on stage.

Later, the stars decamped to The Stand Comedy Club, to keep the birthday festivities going, along with SNL‘s Michael Che, Busta Rhymes and Kanye West, the latter of whom the publication noted showed up without any security.