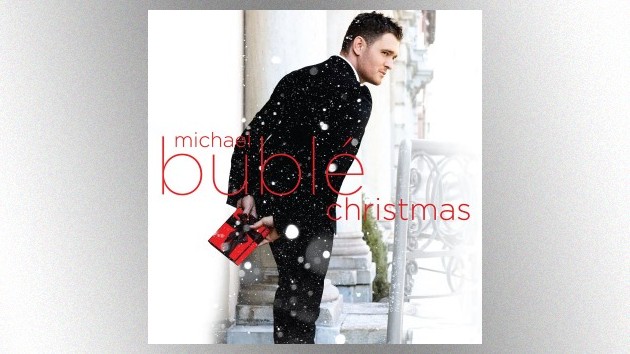 If you can’t beat ’em, join ’em, which is why Michael Buble is now offering fans the chance to buy t-shirts based on one of those memes that poke fun of his identification with the Christmas season.

On TikTok, Michael explains, “Every time the holiday season comes around, it’s like clockwork. I hear the jokes, I see the memes: ‘Buble’s coming out of the cave, Buble’s defrosting, Christmas is near.'”

He then asks, “Did you guys ever wonder WHY someone might spend that much time in a cave?”

Cut to Michael wearing a Batman mask and cape.

“And now you’ve probably cost me THAT job, so I’m forced to have to sell these t-shirts,” he concludes, holding up the new merchandise.

The tee uses the photo of the meme that shows Michael wearing a suit and appearing to be exiting a cave.  The meme’s caption reads: “‘Christmas Is Coming.’ Michael Buble emerges from his cave.”

The shirt, which simply shows the pic along with the words “Christmas Is Coming…Michael Buble,” is now available in Michael’s online shop for 30 bucks.

As previously reported, Michael is releasing a Super Deluxe Edition of his 2011 album Christmas to mark its 10th anniversary.  You can buy that on the site too.

I have an announcement.