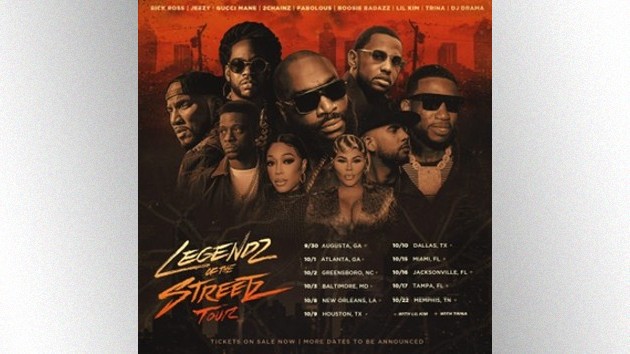 Boosie Badazz is in trouble once again as he’s been kicked off the Legendz of the Streetz tour headlined by Rick Ross, Jeezy, Gucci Mane and 2 Chainz.

During the second show on the tour, Friday night in Atlanta, a fight broke out on stage while Boosie was performing his second song, according to HotNewHipHop.com. The “Wipe Me Down” rapper’s set abruptly ended and he was rushed off stage.

He did not perform on the next show on the tour, Saturday night in Greensboro, NC. Boosie tweeted, “THIS IS THE MOVE THEY PULLING OFF ON THE TOUR SO U CANT GET REFUNDS.”

Last week, Badazz was suspended from Instagram and he claims it was because he asked Drake to promote his new biopic titled, My Struggle.

After being kicked off the tour, Boosie promoted his appearance on Twitter at a party Sunday night at the Euphoria nightclub in Baltimore. A man is in critical condition after a large fight and shooting at the event, according to the Baltimore Sun.

Baltimore police said officers on foot patrol around 1:38 a.m. Monday heard gunshots and found a car with numerous bullet holes and a shattered window. The shooting victim, a 27-year-old man, was shot in the upper body and head.

The next stop on the Legendz of the Streetz tour, which also features special guests Fabolous, Lil Kim, and Trina, will be Friday night in New Orleans, The tour is scheduled to wrap up October 22 in Memphis.