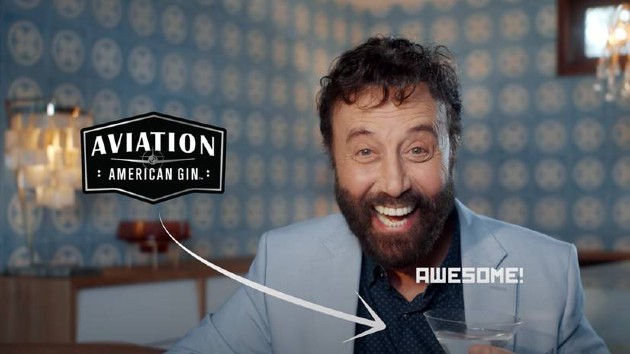 In a full-circle moment, Cold War-era comic Yakov Smirnoff, who was a punchline in Deadpool, has teamed up with that film’s star, Ryan Reynolds, to help promote Reynolds’ Aviation American Gin brand.

And it’s all in connection with National Vodka Day, which is celebrated today.

Despite his last name, which he naturally shares with a popular vodka brand, Smirnoff announces in the ad that he’s officially changed his name to Yakov Aviation American Gin.

“People assume I must love vodka, but the truth is I never have,” the artist formerly known as Yakov Smirnoff notes in the commercial.

“And that’s hard for a Russian. Vodka is like bread in Russia, except it’s cheaper and we never run out of it,” he riffs. “I’m actually a gin man.”

Reynolds then explains in a voice-over that the comic “made it official, by legally changing his name” in the ad, which shows the comic holding up a name-change certificate.

“America continues to amaze me,” says the comedian, who emigrated to the U.S. in 1978. “The only qualification you need to own a liquor brand is to be on TV. What a country!”

This isn’t the first booze brand Yakov has promoted. In his 1985 heyday, the Moscow on the Hudson co-star did ads for Miller Lite.