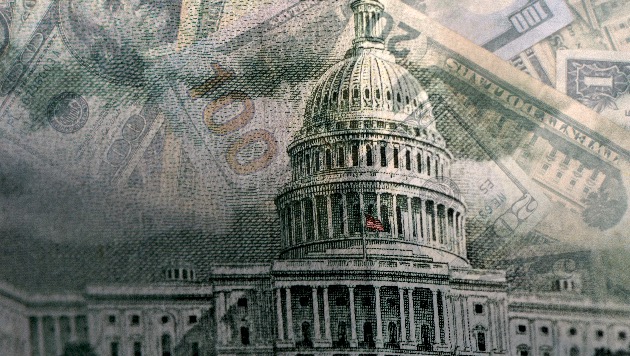 (WASHINGTON) — In today’s world of permanent campaigning, “leadership PACs” — political action committees established by individual politicians — have served as an invaluable vehicle for members of Congress to support their political allies.

Leadership PACs were approved in 1978 as a way for politicians to raise money and then make contributions to other candidates. The money cannot be used on a politician’s own election expenses.

But a new report by the good-government groups Campaign Legal Center and Issue One shows that numerous lawmakers have been dedicating most of their leadership PAC spending to overhead and fundraising for the PAC — often at fancy restaurants and luxury resorts — while spending comparatively little on actual contributions to other candidates or political allies.

During the 2020 election cycle, there were at least 120 members of Congress whose leadership PACs reported that less than 50% of their spending was in the form of political contributions to other candidates, political allies, or parties, according to the report.

But a few months later in December, Holding announced that he would not seek reelection in 2020 — and that $5,000 remained the PAC’s only political contributions throughout the 2020 cycle. All the while, Holding’s PAC continued to rake in contributions from supporters, while the PAC spent nearly $200,000 on airfare and car services and on food and drink at restaurants and clubs, including the exclusive East India Club in London and the Union Club in New York City, according to the report.

The report notes that none of the donor funds beyond the $5,000 contributions went toward supporting Holding’s political allies.

But other members use their leadership PAC funds to spend lavishly on expensive meals, trips to elite resorts and rounds of golf at premier courses, which is “purportedly done for the purpose of political fundraising,” Beckel and his co-authors wrote in the report. However, the authors wrote, “this explanation rings hollow when just a fraction of the money raised goes toward political contributions.”

“Some politicians are simply raising money at one posh location to pay for the next fundraiser at the next fancy destination — creating an endless fundraising cycle at luxurious restaurants and resorts, much of which is paid for by special interest money, with no cost to lawmakers’ own pocketbooks,” the authors wrote.

When Holding launched his leadership PAC, Conservative Roundtable, in 2014, it devoted nearly 70% of its funds to supporting fellow Republicans running for office that year, past disclosure filings show. But over the years, according to the report, the PAC gradually spent less and less on supporting GOP allies. Out of the $202,000 the PAC spent in the last election cycle — besides the $5,000 in political contributions and the funds spent on social clubs, airfare and lodging — the bulk of the PAC’s expenditures went to a fundraising firm.

Holding’s PAC did not respond to ABC News’ request for comment, but the then-congressman told CQ Roll Call in a statement last year that as co-chair of the U.K. Caucus and co-chair of the British American Parliamentary Group, he “traveled to London at no expense to the taxpayer for the purpose of developing and maintaining a leadership role on U.K./U.S. issues.”

“In addition, I have developed a supporter base with the American expatriate community in the U.K,” Holding said in the statement. It’s unclear from the report or from committee disclosure filings if his trips to London were paid for by his leadership PAC.

GOP Sen. Rand Paul’s leadership PAC, Reinventing a New Direction, spent only 12% of its expenditures on political contributions out of the nearly $1 million it spent during the 2020 cycle, according to the report, with a big chunk of the PAC’s money going to political research and consulting, as well as to fundraising.

Tens of thousands of dollars of Paul’s PAC money also went to travel, lodging and meals at high-end establishments, including The Breakers, a five-star resort in Palm Beach, Florida, and BLT Prime at former President Donald Trump’s hotel in Washington, D.C. Paul’s PAC also spent money on tickets at Nationals Park, home of Washington’s Major League Baseball team, and at Karlštejn Castle, a tourist destination outside Prague in the Czech Republic, according to the report.

Paul’s spokesperson did not respond to ABC News’ request for comment.

Wisconsin Democratic Rep. Gwen Moore’s leadership PAC also reported using just 12% of its total spending during the 2020 election cycle on direct political contributions, while spending tens of thousands of dollars on fundraising, lodging and airfare. The PAC spent roughly $32,000 on meals and catering, including thousands of dollars at steakhouses and for delivery services, and spent thousands of dollars on event tickets purchased through Live Nation, StubHub and Ticketmaster, according to the report.

Moore’s PAC did not respond to ABC News’ request for comment.

While some PACs may be skimping on direct political contributions to political allies, a number of lawmakers say they’ve found other ways for their PACs to support their political interests.

GOP Sen. Ted Cruz’ leadership PAC, while spending just 18% of its $2.2 million in total expenditures on directly supporting other Republican candidates and political groups in the 2020 cycle, spent more than 70% of its funds on media buys and online advertising promoting Republican political causes.

Cruz’ spokesperson told ABC News that “in addition to making direct contributions to candidates, his strong fundraising has permitted Jobs, Freedom & Security PAC to go above and beyond the typical Leadership PAC by investing heavily in advertisements and messaging that empower and help give voice to the conservative movement.”

Cruz’ PAC also spent more than $12,000 for facility and equipment rentals from the Houston Astros baseball team, as well as big sums on airfare and boutique hotels, according to the report.

Massachusetts Democratic Rep. Seth Moulton’s two leadership PACs reported spending just 8% on political contributions out of their combined total expenditures of $1.7 million during the 2020 cycle, with the vast majority of their funds being spent on salaries, consulting and fundraising. In contrast, during the 2016 cycle, the majority of Moulton’s Serve America PAC money — more than 84% — went to other Democratic campaigns, past campaign disclosure filings show.

Moulton, however, told ABC News in a statement that his PACs’ political contributions to Democratic allies were lower in the 2020 election cycle because he had been mobilizing his donors to contribute directly to other candidates rather than asking them to cut a check to his PACs to then be forwarded along. Through this strategy, Moulton said, his team raised hundreds of thousands of dollars for then-candidate Joe Biden’s presidential campaign and for Democratic Georgia Senate candidates.