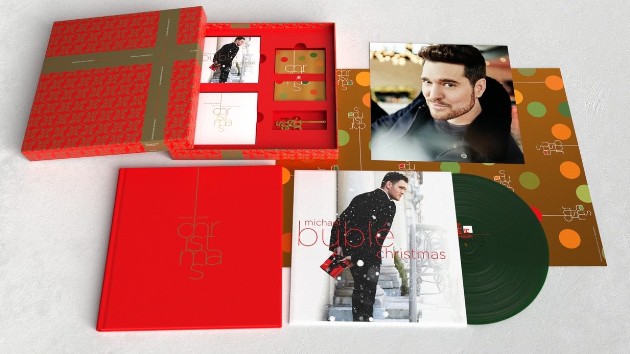 It’s October 1, so that means it’s O.K. to listen to Christmas music, right?  Michael Buble sure hopes so.

The Canadian crooner has released the first single from the 10th Anniversary Super Deluxe Limited Edition Box Set of his smash holiday album Christmas, which is coming out November 12.

The package features a seven-track bonus CD with two newly recorded songs: One of them, a new version of “Let It Snow,” is available now for your digital listening pleasure. Michael recorded the new take on this old favorite at London’s famed Abbey Road Studios with the BBC Big Band Orchestra.

As previously reported, the package also includes a book, a lithograph, a green-vinyl version of the album, a making-of DVD, a Christmas ornament, six sheets of wrapping paper and six Christmas cards.

Christmas, originally released in 2011, and is the best-selling holiday album of the 21st century.