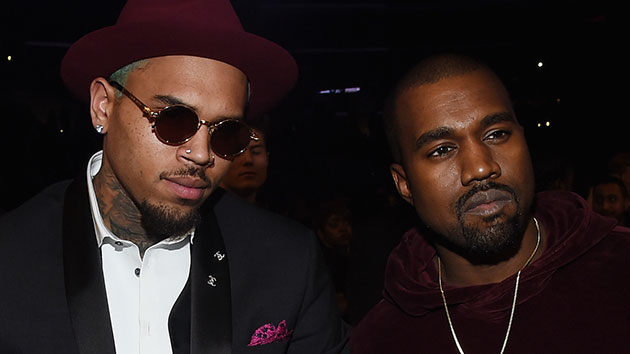 The Kanye West/Chris Brown beef has been escalated, as West has completely removed Brown’s vocals from the song “New Again” on his Donda album.

After previously replacing Brown’s lead vocals with his own voice, now Kanye has a choir singing Breezy’s background vocals on the new version of the album streaming on Apple Music and Spotify.

Chris was livid when Yeezy made the first adjustment, calling him a “whole hoe” in a posted and since deleted Instagram Story.

Brown is not the only artist feuding with Kanye about the album. As previously reported, Soulja Boy was ready to get violent when West cut him Donda. The “Crank That” rapper says Kanye loved his verse on the “Remote Control” song, then erased it from the track. Young Thug is now featured on the song.

“I wanna fight. Do u know how to fight? @kanyewest,” Soulja wrote as part of a long Twitter response. “I feel like u a hoe. Let’s get in the ring?”

Draco also got personal, claiming he was intimate with Yeezy’s wife before him: “I was the first rapper wit @KimKardashian not u @kanyewest.”

The Atlanta MC also had a warning for West: “I might diss u everyday for the rest of my life how I’m feeling @kanyewest.”