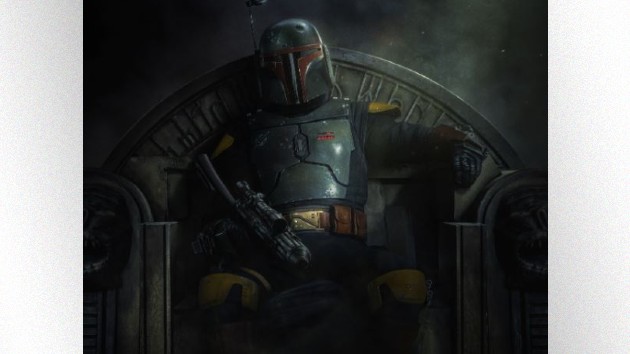 For fans of the bounty hunter who were left hanging by the after-credits scene in the season 2 finale of The Mandalorian, rest easy: The Book of Boba Fett now has a premiere date: December 29 on Disney+.

As the two-minute set-up teased, Temuera Morrison‘s legendary hunter and his enforcer, Ming-Na Wen‘s Fennec Shand, have taken over the crime syndicate once run by Jabba the Hutt, whose throne was being kept warm by his former majordomo Bib Fortuna — the pasty-faced alien with the tentacles sticking out of his head — after Jabba’s death in 1983’s Return of the Jedi.

According to Disney+, the  new Star Wars adventure finds Fett and Shand “navigating the Galaxy’s underworld” after Fett dispatches Fortuna in The Mandalorian‘s finale. Disney+ also released a teaser poster for the show, showing Fett as he was in the finale’s closing moments, sitting on the throne with his still-warm blaster in his lap.

Jon Favreau, the creator of the Emmy-winning The Mandalorian, is executive producing the new series, with his partner on that show, Dave Filoni, and life-long Star Wars fan-turned Mandalorian episode director Robert Rodriguez, along with Lucasfilm’s Kathleen Kennedy and Colin Wilson. Rodriguez got to realize a boyhood dream by bringing the bounty hunter back in his episode, “Chapter 14: The Tragedy.”