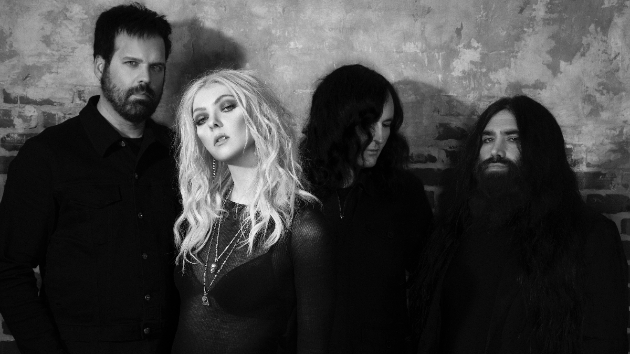 The Pretty Reckless‘ new album Death by Rock and Roll features guest appearances by Kim Thayil and Matt Cameron of Soundgarden, and Rage Against the Machine‘s Tom Morello. Aside from being a part of some of the biggest rock bands of the last 30 years, Taylor Momsen wanted to work with those artists specifically for an important reason: nobody else sounds like them.

“Part of the reason I love rock n’ roll so much is that you can really hear the person behind the note,” Momsen tells ABC Audio. “Especially in today’s modern age of music, there’s a lot of music that is not rooted in the human performance or the human element of music, I guess.”

Momsen adds that Thayil, Cameron and Morello are all artists who “really have an identity behind what they do.”

“Whether they’re playing drums or guitar or bass or whatever it is, they play it with such an intent that it sounds like a voice, it sounds like a human voice,” she says. “You can tell immediately who that person is because they’re singing with their instrument in a way that I feel like a lot of people don’t do nowadays.”

Thayil and Cameron are featured on the song “Only Love Can Save Me Now,” while Morello adds his guitar to the track “And So It Went.” Clearly, Momsen must be on to something with the whole “it matters who’s playing on the song” thing, since both singles hit number one on Billboard‘s Maintream Rock Airplay chart.

“Matt and Kim and Tom, obviously, are just three of the most iconic people who’ve done that throughout their career,” Momsen says. “I’m so fortunate to have worked with them on this.”