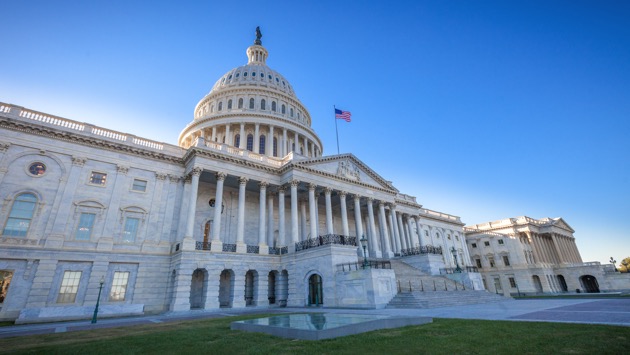 Pelosi signaled she plans to push forward with a Thursday vote on the Senate’s bipartisan infrastructure bill, regardless of the status of negotiations on the larger Democratic policy package with the Senate.

Members believe it’s an attempt to pressure key senators to reach an agreement on the social spending plan, and some remain skeptical that the package will be ironed out with the backing of enough Democrats to clear the chamber by then.

Pelosi’s announcement to Democrats was a reversal of her earlier pledge to move both pieces of legislation together. It’s also a test of progressives’ vow to block the Senate-passed legislation unless it’s paired with the social spending package.

“What we’re focused on right now is working in lockstep with leadership to move the agenda forward and get it over the finish line,” Psaki said in a briefing, adding, “We’ll see,” when asked if it could go into next week.

On the other side of Capitol Hill, Democratic Sen. Joe Manchin of West Virginia did not share the House’s urgency on the social spending package, eschewing progressive threats to tank the bipartisan infrastructure bill Manchin co-authored without a deal certain on the larger social and economic spending package.

“I don’t do really good on threats,” Manchin told reporters. “I’ll guarantee you this: The infrastructure bill will be passed before November 2022, before the election.”

Biden spoke on the phone with Pelosi and Senate Majority Leader Chuck Schumer on Monday afternoon before they both met with their respective Democratic colleagues to discuss the infrastructure package, the larger economic plan and avoiding a U.S. default, according to the White House.

The White House said the leaders “covered the outreach that each of the three are doing to Democratic House and Senate members” on the two big bills that represent much of Biden’s domestic priorities, though more specific details about that outreach were not provided.

Biden, Pelosi and Schumer “will continue their close coordination over the coming days,” the White House said.

Pelosi also privately told House members that Biden is negotiating directly with senators over the overall price tag of the reconciliation package.

The speaker indicated that she and Schumer are “completely in sync” and plan to have the same bill.

“We are not going to pass a bill that cannot pass – that won’t pass the Senate,” Pelosi told caucus members. “And that’s why we have to come up with a number. But we’re not there yet.”

However, Rep. Ilhan Omar, D-Minn., told reporters that figure is less important than making sure their “priorities” are addressed.

“It’s about the priorities that are getting funded and specific policies we put forth,” Omar said.

Democrats will continue working behind the scenes to reach an agreement with Manchin and Sen. Kyrsten Sinema, D-Ariz., on a range of different issues from climate change to the size and scope of the education and medical programs in the package, as well as who will be impacted by the tax law changes.

“We can’t have a situation where the Senate doesn’t agree with us, or we leave some issues off the table,” Rep. Pramila Jayapal, D-Wash., said. “The whole bill needs to be agreed upon, written, etc.”

Some Republicans did signal plans to vote with Democrats on the package — “This is a working piece of legislation that will build, put people to work,” Rep. Don Young, R-Alaska, the dean of the House, said — others spoke out against it, despite it being negotiated by both Republicans and Democrats in the Senate.

“It’s a facade to lure everyone into opening the door for Speaker Pelosi’s real priority: a $3.5 trillion tax and spend plan,” Republican Rep. Sam Graves of Missouri, the top Republican on the House Transportation Committee, said.