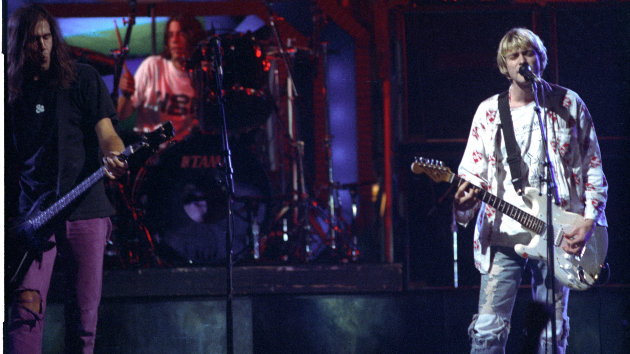 ﻿Spencer Elden﻿, who was photographed as a baby for the cover of Nirvana‘s Nevermind album cover, is pleading with the band to censor his genitalia on all future reissues of the album.

The album artwork famously depicts the then-infant Elden swimming naked underwater while reaching for a dollar bill on a fishing hook.  Last month, he sued Nirvana for child pornography.

According to Billboard, Elden has amplified his grievances by demanding the band censor the artwork, which includes the 30th anniversary reissues of Nevermind that arrive November 12.

In a statement obtained by ﻿Billboard﻿, Elden’s attorneys declare, “Today, like each year on this date, our client Spencer Elden has had to brace himself for renewed unwanted attention from the media and fans alike throughout the world. This is a choice that he has never had. It has been thrust upon him, and for 30 years he has dealt with its devastating and painful consequences.  Our message to Nirvana is clear — redact the image of Mr. Elden’s genitalia from all future album covers.”

Nirvana nor its label, Universal Music Group, have publicly commented on the matter.

The band, comprised of members Dave Grohl, Krist Novoselic ﻿and the late Kurt Cobain, released Nevermind on September 24, 1991. It’s since been certified Diamond by the RIAA for over 10 million sales.