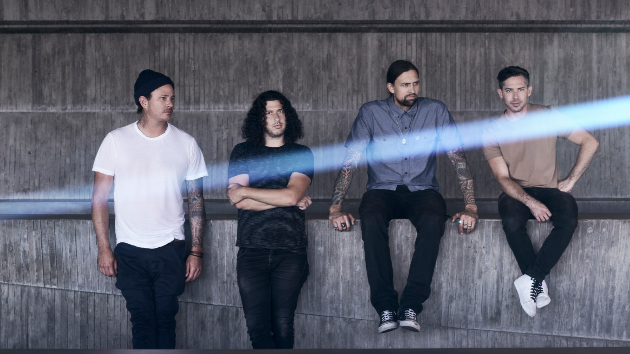 A lot has happened with Tom DeLonge since the last Angels & Airwaves album.

The former Blink-182 guitarist got divorced, finally returned to tour, made a movie, and, like the rest of us, was stuck at home amid the COVID-19 pandemic. All that went into what became Lifeforms, the first AVA record in seven years.

“I kept having these left turns that made me want to come back and rework the stuff I was doing and make it the best it could be,” DeLonge tells ABC Audio. “It’s just been a wonderful journey…I think it’s some of the best stuff I’ve ever done in my life. I definitely know it’s the most challenging.”

He laughs, “I definitely know it’s the most attention and focus I’ve ever given a record.”

Of course, another thing that happened to DeLonge over the past few years is that the videos of “unidentified aerial phenomena” that his UFO research company To the Stars Academy of Arts and Science published were declassified by the U.S. government.

The title Lifeforms is an obvious reference to that, as is the song “Losing My Mind” and its lyric, “I said we’re not alone/ And the government knows it.” The track itself, however, isn’t really about aliens. Instead, it’s  more about the idea that a government UFO report barely made the news since society is too hampered by issues such as racism.

“In that song, I was, like, ‘I told you guys what’s going on, the government said this, but you’re still fighting each other as though that’s the important issue, that your skin color is more tan than mine,'” DeLonge says. “It’s so ridiculous, it’s so medieval, and it’s such a low self-awareness, and it’s such a lack of love.”

Lifeforms is out now.