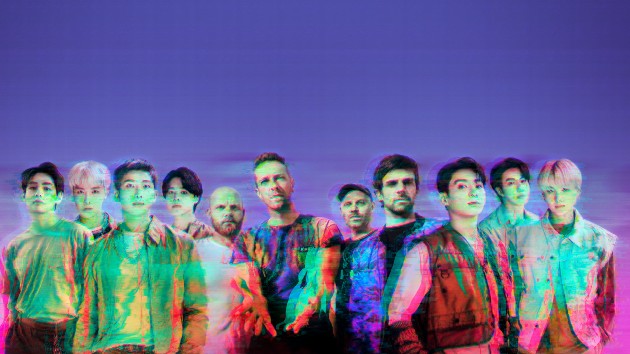 As the lyrics say, they “come from different sides” — of the world, but Coldplay and BTS have managed to blend both of their styles into their upbeat new collaboration, “My Universe.”

The song and its lyric video are out now, with the song’s words in English and Korean displayed in handwritten fonts over a cosmic background.

“My Universe” is the second single from Coldplay’s upcoming album Music of the Spheres, due out October 15.

As previously reported, on Sunday, September 26, at 8 a.m. ET, a documentary about the song called Inside My Universe will premiere. Later that day, look for the release of an acoustic version of “My Universe,” as well as a “Supernova 7” mix, at 7 p.m. ET.

Both Coldplay and BTS are taking part in the Global Citizen Live 24-hour streaming even that starts on Saturday on ABC News Live and various other platforms.