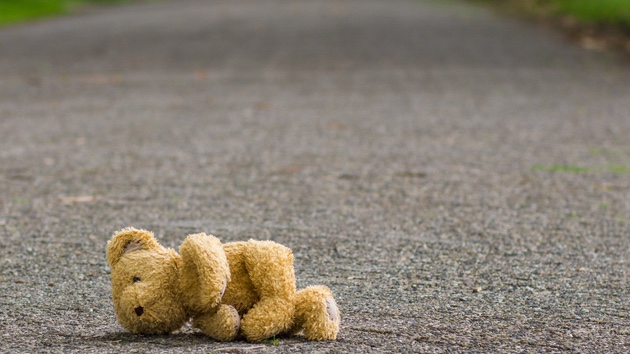 (NEW YORK) — The national spotlight on Gabby Petito’s disappearance has given families of other missing persons hope that they too can amplify their stories and find loves ones.

Petito made headlines after she went missing on a cross-country road trip with her boyfriend earlier this month. A body found over the weekend near Grand Teton National Park was confirmed to be hers on Tuesday. The coroner said she died by homicide, but the cause of death is pending final autopsy results.

Petito is just one of thousands reported missing each year — the FBI had over 89,000 active missing persons at the end of 2020.

Her case also highlighted racial disparities in coverage of such cases as 45% of missing persons last year were people of color, according to the FBI’s National Crime Information Center.

The Petito case also has become a point of heartbreak for other families, including the sister of Maya Millete, a California mother missing since January.

“I know the circumstances of Gabby’s case are different but it just brought back a lot of pain,” Maricris Droualillet told ABC San Diego affiliate KGTV.

Michael Alcazar, a professor at John Jay College of Criminal Justice and a former New York Police Department detective, told ABC News the Petito case became a national frenzy because she seemed familiar to them.

“I think people see her as someone in their family, perhaps their child or they might see themselves as Gabby, a girlfriend or daughter,” Alcazar said. “I think it’s like a ‘damsel in distress’ syndrome. That’s just the culture in America — we want to protect the females.”

Her case, Alcazar added, showed the “value of social media posts and how it propelled this case nationally,” and how other people may jump on the trend to “put pressure on law enforcement to utilize their manpower to solve these cases that have been going on for months.”

The pressure could prompt police to reprioritize cases or recruit more help, as in Petito’s case, which got FBI assistance.

He pointed to the cracking of the case of a 4-year-old girl who was murdered in 1991. Dubbed Baby Hope for 22 years, she finally was identified as Anjelica Castillo. The case went cold but was reopened in 2013, finally solved through a tip.

“On his 20th anniversary, our Chief Joseph Reznick put up more posters regarding the Baby Hope case,” Alcazar explained. “I think we might have posted it in our Crime Stoppers kit. That’s how we finally were able to identify Baby Hope — somebody 20 years later called in a tip. That was through social media.”

Here’s a snapshot of families pushing forward with their own missing cases, hoping to find a break:

In Illinois, a search was launched for Jelani Day, a 25-year-old graduate student at Illinois State University last seen on Aug. 24, according to the Bloomington Police Department. A body found near the Illinois River was identified as Day on Thursday after this story was initially published, Bloomington Police announced.

“Currently the cause of death is unknown, pending further investigation, and toxicology testing,” the police said in a statement.

He was reported missing Aug. 25 by his family and an ISU faculty member. He had not shown up to class the past several days before he disappeared, police said in a statement.

Day was captured on surveillance footage entering a retail store called “Beyond/Hello” in Bloomington around 9 a.m. on Aug. 24, wearing a blue Detroit Lions baseball hat, a black T-shirt with a Jimi Hendrix graphic, white and silver shorts, and black shoes with white soles.

Police found his vehicle, a white 2010 Chrysler 300, two days later in a wooded area concealed by trees. Inside, cops found the clothing he was seen wearing in the video footage but no other sign of him.

Bloomington Police said in a Sept. 5 statement that a search team found an unidentified body off the south bank of the Illinois River. The LaSalle County Coroner’s Office initially said the identification process could take a few weeks.

Day’s heartbroken mother, Carmen Bolden Day, pleaded for him to be found.

Anyone with information about Jelani Day is asked to contact BPD Detective Paul Jones at 309-434-2548 or at Pjones@cityblm.org

A 24-year-old geologist, Daniel Robinson, went missing outside Buckeye, Arizona, three months ago. The Buckeye Police Department said in an update last week that the search is ongoing.

Robinson was last seen June 23 after leaving a job site near Sun Valley Parkway and Cactus Road, and he didn’t tell anyone where he was going, police said.

His jeep was found turned over in a ravine on July 19, 4 miles from where he was last seen, officials said. The airbags in the car had deployed and initial evidence indicated Daniel was wearing a seatbelt at the time of the accident. Officials found clothes, his cell phone, wallet and keys.

Later in July, a human skull was found south of where the Jeep was recovered, but it was determined that it didn’t belong to Daniel, police said. No other remains were found.

Investigators have used ATVs, cadaver dogs and a drone and a helicopter to search for Robinson. His family has organized their own searches in the scorching desert.

Anyone with information that can help solve this case is urged to call the Buckeye Police Department non-emergency number at 623-349-6400.

Lauren Cho, a 30-year-old from New Jersey also known as “El”, was last seen leaving a residence around 5 p.m. on June 28 in Yucca Valley in California, police said in a statement. She hasn’t been seen or heard from since then.

She had moved to California from New Jersey eight months earlier.

On Tuesday, the Morongo Basic Sheriff’s Station announced that investigators from the Specialized Investigations Division, experts in homicides and suspicious deaths, are assisting in the search effort, investigating leads and working with Cho’s family and friends.

Detectives with the Morongo Basin Station have executed a search warrant in the 8600 block of Benmar Trail, where she was last seen reportedly walking away from the residence, and conducted aerial searches of a remote mountain terrain nearby.

Anyone with information regarding the search for Ms. Cho is urged to contact Detective Edward Hernandez or Sergeant Justin Giles, Specialized Investigations Division, at (909) 387-3589. You may remain anonymous by contacting the We-Tip hotline at 800-78-CRIME (27463) or www.wetip.com.

Meanwhile in California, family members of Maya Millete, a married Chula Vista mother of three, are still searching for her after more than eight months after she was last seen.

Millete, 39, disappeared on Jan. 7 without a trace.

Droualillet, Millete’s sister, said the attention of the Petito case has become a painful reminder of Maya’s unknown whereabouts.

“I know Chula Vista police are working very hard, but the urgency we see in this case is heartbreaking,” Droualillet told KGTV.

The Chula Vista Police Department is working with the San Diego County District Attorney’s office, the FBI and the Naval Criminal Investigative Service.

On July 22, Larry Millete, Maya’s husband, was named a person of interest in the case.

The Chula Vista Police Department said its interviewed 79 individuals and written 64 search warrants for residences, vehicles, cell and electric devices, and social media data in the case in a statement published Sept. 9.