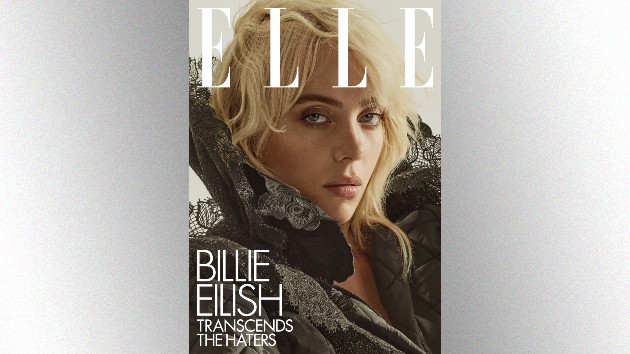 While everyone seems to agree that Billie Eilish‘s music is impeccable, her personal appearance is something that she’s regularly criticized for — especially since she dyed her hair platinum blonde and started dressing in more revealing clothing.

Billie gets why fans wish she was still wearing her signature oversized outfits, but she doesn’t like it. “People hold on to these memories and have an attachment. But it’s very dehumanizing,” she tells ELLE magazine for its new cover story.

Her decision to switch her naturally brown-blonde hair color from acid green to platinum blonde brought another wave of criticism. “I’ve had different-colored hair and vibes for everything I’ve ever done. I wanted this album to have its own thing,” she tells ELLE. “I’m still the same person. I’m not just different Barbies with different heads.”

That’s why Billie tries to avoid the online hate. “All my friends know I don’t wanna see any of [the negative chatter],” she says. “When people send me something mean, it hurts my soul.”

“I really wish that there was a way to avoid [social media]…Literally delete my account but still have contact with the fans,” she muses. “I want to be able to have both, but you can’t.”

Well at least Billie has the support of one music legend who practically invented reinvention: Madonna. The Queen of Pop tells ELLE, “If Billie were a man, no one would be writing about this. A man can show up dressed in a suit and tie for the first three years of his career, and then the next month he could be dressed like Prince or Mick Jagger, shirt off, wearing eyeliner, and no one would say a word.”