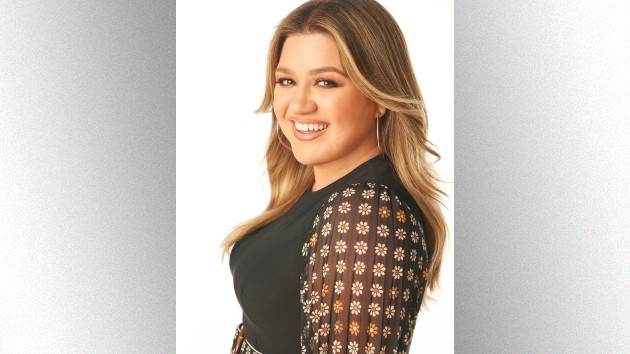 When Kelly Clarkson was married to Brandon Blackstock, she always referred to herself as having “four kids:” River and Remy, the two she had with Brandon, and Brandon’s two children from a previous marriage, Savannah and Seth.  If that’s the case, then Kelly’s about to be a grandma…or a step-grandma.

As People reports, Savannah, 19, has announced that she’s pregnant with her first child. The father is her boyfriend, Quentin Lee, who’s 24.  On Instagram, Savannah posted a photo of herself wearing a figure-hugging dress, which shows off her growing baby bump.

“[T]he most precious secret we’ve ever kept…” Savannah captioned the pic.  She also posted two pictures of herself posing with Quentin; both are wearing cowboy hats.  The two became Instagram official in November of 2019.

So far, Kelly hasn’t said anything on her socials about Savannah’s impending arrival.  However, she appears to preparing for a different kind of arrival of her own: On Instagram, she’s seemingly announced that the name of her new album is When Christmas Comes Around.  The first single, “Christmas Isn’t Canceled (Just You),” is out on Friday.