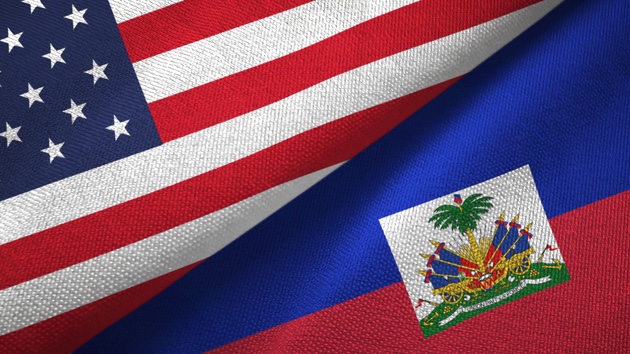 (WASHINGTON) — Months before the Haitian migrant surge at the southern border, Border Patrol agents on the front lines in Texas sounded alarms that Del Rio was vulnerable and resources could become overwhelmed, according to email messages reviewed by ABC News.

Despite the warnings, officials say preparations for the migrant surge only began when large waves started showing up this week. Now the Biden administration is scrambling to track, process and remove those gathered under an international bridge in the South Texas town of Del Rio that at one point ballooned to more than 14,000.

In one email to Del Rio sector management dated June 1, 2021, members of the National Border Patrol Council expressed the need for additional  measures to process migrants in the field in the event that facilities became overwhelmed. Agents offered specific suggestions including the use of digital tablets to allow for early initiation of the migrant intake process immediately after encounters with Customs and Border Protection.

In a second email days later, the Del Rio agents went so far as to ensure the tablets had wireless data capabilities with the right network provider so they could be used along the international boundary line.

The emails were sent to Del Rio Sector Border Patrol management, an arm of the Department of Homeland Security. Management responded weeks later to the June emails with a single line in red typeface:

“This is being explored, several other platforms are being considered which are more efficient.”

“The agency did indeed consider the tablets, but it never materialized into anything of substance,” said Jon Anfinsen, National Border Patrol Council vice president. “As the months went on, the groups continued to increase in size and frequency, but the temporary facilities are only now starting to come online over the past few days, after things had already spun out of control.”

Anfinsen said the groundwork for the migrant surge only began last week as the border became overwhelmed.

Asked by Republican Rep. Michael McCaul on Wednesday about the emails, Homeland Security Secretary Alejandro Mayorkas said his Department does track migration in Central and South America but that the rate at which this group came together at the border was unprecedented.

“We watch the flow of individuals who are seeking to migrate irregularly through Mexico from the Northern Triangle countries, and further south we do indeed track it,” Mayorkas said. “And nevertheless, a congressman, as I previously articulated the speed with which this materialized is unprecedented.”

“Did you see this threat coming? And if so — what if anything did you do?” McCaul pressed.

“We have not seen before such a rapid migration — irregular migration — of individuals as we have observed and experienced with respect to the Haitians who have crossed the border in Del Rio Texas,” Mayorkas said. “That has been an unprecedented speed.”

The Department of Homeland Security did not respond to a request to comment on the email exchange. U.S. Customs and Border Protection declined to comment.

There were other early warning signs, including reports of large migrants groups moving into Panama in the early weeks of summer. Panama’s foreign minister was concerned about the mounting pressure after the country’s migration division reported a 477% increase in border crossings between January and April, according to a June report from Bloomberg News.

Haitian migrants have been leaving the island nation in large numbers since the massive earthquake of January 2010. Many moved to reside in Brazil and Chile but have faced a lack of economic stability and security in South America.

Arrests at the border have neared record levels over the summer. CBP has made more than 1.5 million arrests or detentions so far this budget year. Immigration officials point out a significant portion, sometimes as much as a third, of those arrests involve repeat offenders and the administration has taken steps to send migrants further into the interior of Mexico to prevent recidivism.

Haiti has been devastated by natural disasters and political unrest with two major earthquakes in roughly the past decade. The first in 2010 sent thousands seeking refuge in South America. A less expansive, but still deadly, earthquake last month killed more than 2,200. But this most recent quake occurred after the July 29 deadline set by the Biden administration for any Haitians to receive refuge in the U.S.