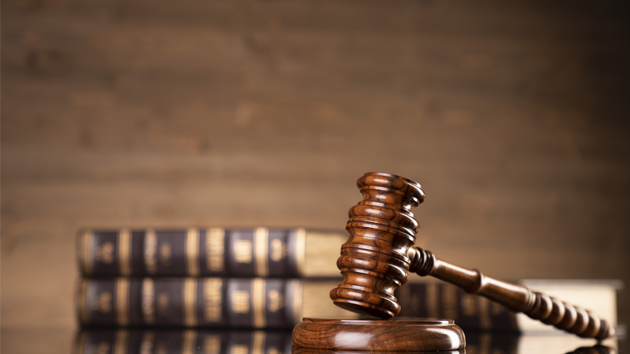 Luchiano Lewis, who was charged as an adult, was 14 when he and two other teenagers were accused in the fatal stabbing of 18-year-old Majors during a mugging gone wrong on Dec. 11, 2019, in Manhattan’s Morningside Park, near Barnard College.

Majors, a freshman at the school, was stabbed several times before she staggered up a flight of stairs and uttered, “Help me, I’m being robbed,” authorities said.

Lewis appeared in court in a dark suit and tie and raced through an allocution in which he said he saw feathers emerge from Majors’ winter coat but did not realize she had been stabbed, let alone killed, until the next morning when he recognized her on the news as the young woman he and the others tried to rob.

The family of Majors sat in the front row and listened to Lewis explain how the trio of middle school friends plotted to rob people in the park. He pinned the idea on 16-year-old Rashaun Weaver, who has pleaded not guilty. A 13-year-old juvenile has pleaded guilty and is serving his sentence.

“He wanted the three of us to do robberies in Morningside Park,” Lewis said of Weaver. “I assumed Rashaun had a knife on him, but using a knife was not part of our plan.”

Lewis will be sentenced Oct. 14, at which point Majors’ family plans to make a statement in court, prosecutors said.

“Are you pleading guilty because you are in fact guilty?” asked Judge Robert Mandelbaum.

Police and prosecutors have said Weaver wielded the knife and Lewis guessed he “threw it in the sewer” after the murder.

“This was not a premeditated murder as we heard inside,” Jeffrey Lichtman, the noted criminal defense attorney who is representing Weaver, said outside court. “These were 14- and a 13-year-old boys and we should remember that.”