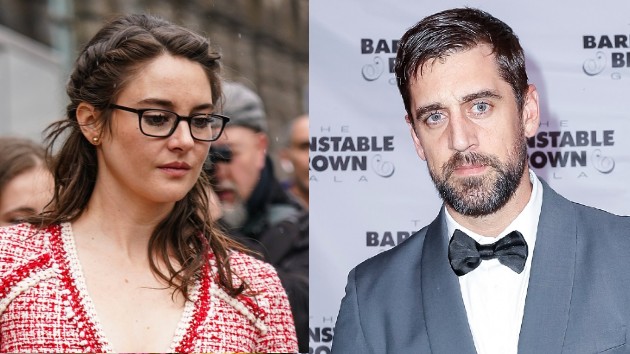 (NOTE LANGUAGE) Shailene Woodley is opening up about life after her split from NFL player Aaron Rodgers last year.

In an interview with Net-a-Porter, the actress reflected on the previous year of her life, telling the outlet, “It was hard to film because I was going through the darkest, hardest time in my life; it was winter in New York, and my personal life was s*****, so it felt like a big pain bubble for eight months.”

Woodley, who during that time filmed ﻿Three Women, the Showtime adaptation of Lisa Taddeo’s 2019 book which studies the sex lives of three women, added that the job helped her work through the challenging days.

“I was so grateful that at least I could go to work and cry and process my emotions through my character,” she said.

Woodley shared that the transformative time, which also included spending time in Europe, helped her to learn to live in the moment. “The way that I take care of myself now looks very different to the way I used to,” she said.

Woodley, 31, and Rodgers, 39, announced their engagement in February 2021 after they began dating in 2020. Reports that the pair split surfaced in February 2022.