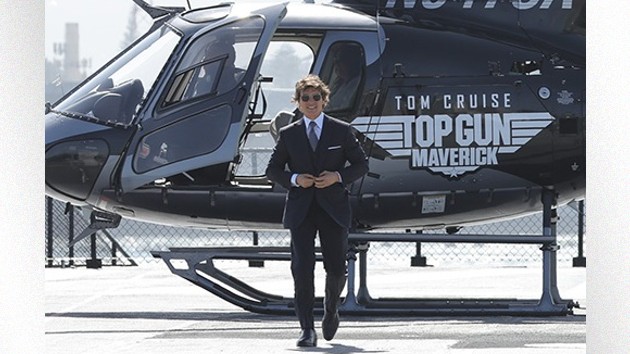 Tom Cruise is already famous for performing death-defying stunts on camera, but in recent years, he’s been rivaling Bill Murray for his ability to randomly show up and give fans a story they’ll tell the rest of their lives.

Such was the case recently on the side of a mountain called High Craig in Umbria, England. Sarah and Jason Haygarth tell The Sun they’d reached the 2,440-foot summit with their dog, Edward, when a helicopter approached and landed.

Out popped the Mission: Impossible star.

“Sorry for disturbing your peaceful walk with all the noise — I like your dog,” the star, carrying a blue parasail, reportedly told the gobsmacked pair.

Sarah says she asked the Top Gun hero about the cliff, “Are you really going to jump off there?”

According to The Sun, Cruise nodded and shouted before taking the leap, “See you later, folks.”

It’s thought that Cruise was preparing for a sequence for the next Mission: Impossible film.

As reported in 2021, Cruise landed his helicopter at a family’s yard in Warwickshire after weather closed the local airport.

And according to his pal James Corden, he texted the late night host later that year to see if he could park in his yard so the pair could catch up.