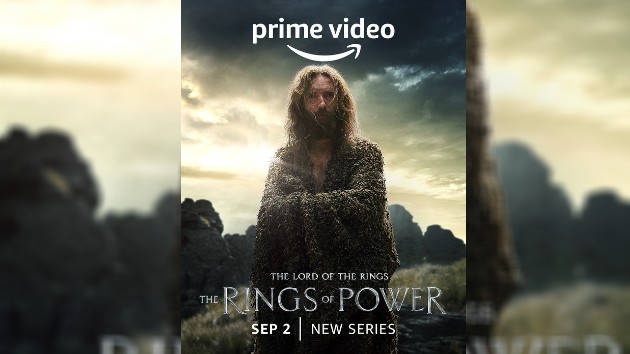 Fans were treated to the extended trailer of the Lord of the Rings prequel series, The Rings of Power, Friday at San Diego Comic-Con.

The trailer was shown at a panel hosted by J. R. R. Tolkien superfan Stephen Colbert, who got the massive ensemble cast and crew to spill details about the long-anticipated new series in front of almost 7,000 fans.

According to Entertainment Tonight, showrunner Patrick McKay said that he plans for the series to follow a “50-hour story,” teasing the potential for at least five seasons of the fantasy epic.

The new saga is a “human story” that poses the question “how far in the darkness would you go to protect the ones you love?” showrunner J. D. Payne shared at the panel.

The three-minute extended trailer shows off that darkness, as well as the cast of new characters, as antagonist Sauron lurks in the shadows.

The Lord of the Rings: The Rings of Power premieres September 2 on Prime Video.