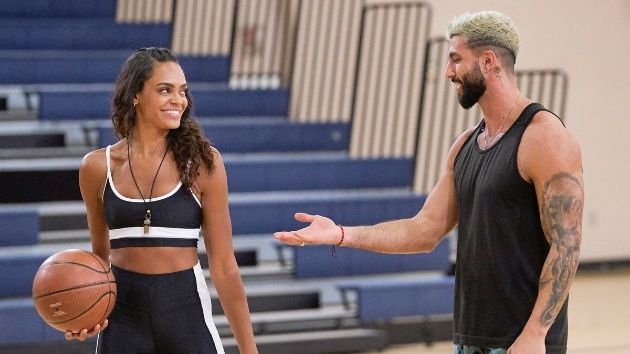 The Bachelorette continued Tuesday with Michelle Young trying to find the culprit who’s been spreading rumors about her and one of her potential suitors.

Michelle was clued into the drama following her first on-on-one date with Jamie, where the two shared a rock-climbing adventure.  Jamie took their relationship to new heights by opening up about the heartbreaking story of his mother, who struggled with mental health issues and died by suicide when he was 24-years-old.  Jamie said he struggled with a years-long battle with severe depression because of the tragedy.

Michelle pinned the date rose on Jamie and told him that she was “beyond impressed” with the “beautiful person” he’d become.

Unfortunately, Jamie demonstrated an uglier side of himself heading into the rose ceremony and addressed a rumor he overheard concerning Michelle and Joe — who hails from her home state of Minnesota and received a group date rose — dating each other prior to appearing on the show.

The other suitors appeared unfazed by the gossip, but Jamie felt the need to confront Michelle about the alleged relationship.  However, he claimed it was the other suitors — and not him — who were up in arms.

Michelle then confessed to the group that she and Joe “exchanged a few messages quite a few years back,” but the real estate broker “ghosted” her and “that was that.” That speech left the group wondering who confronted Michelle behind their backs.

At the rose ceremony, Alec, Daniel, Pardeep and PJ were sent home.

Along with Joe, Jamie and Brandon, the latter of whom also received a group date rose, here are the other men remaining after the first rose ceremony:

The Bachelorette returns Tuesday at 8 p.m. ET on ABC.