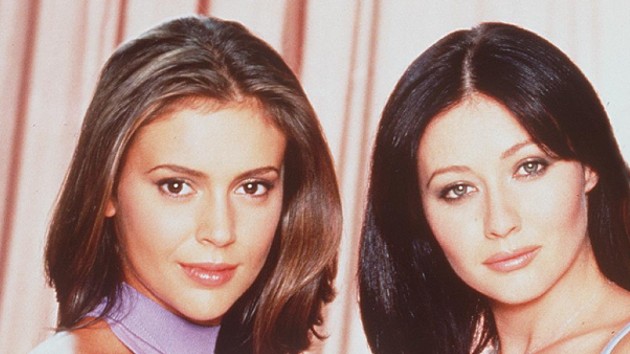 ﻿Alyssa Milano ﻿revealed that she and ﻿Shannen Doherty﻿ have buried the hatchet following their decades-long feud.

When asked if she and Doherty are now on good terms, the Charmed alum told Entertainment Tonight, “I would say we are cordial.”

“I could take responsibility for a lot of our tension that we had,” Milano continued, noting that their relationship started to suffer when they both starred on the supernatural drama. “I think a lot of our struggle came from feeling that I was in competition rather than it being that sisterhood that the show was so much about. And I have some guilt about my part in that.”

As for how the two mended fences, Milano said it began in 2015 when Doherty first announced her battle with breast cancer.

“When I heard about her diagnosis, I reached out to her,” the ﻿Insatiable ﻿star recalled, and the two started communicating again. “I will send her DMs every couple of months to just check in.”

Milano, who recently released her memoir Sorry Not Sorry, regrets that she missed out on friendship with Doherty and admitted, “I have respect for her. Great actress, loves her family so much, and I just wish I could’ve felt strong enough in who I was to recognize that back then.”

Doherty starred alongside Milano for three seasons on Charmed, before exiting the series in 2001. She was replaced by Rose McGowan.