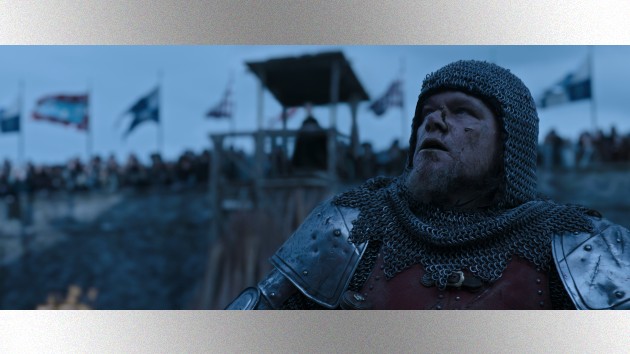 20th Century Studios has released a nearly five-minute-long peek at Ridley Scott‘s new film The Last Duel, which stars, and was co-written by, childhood friends Matt Damon and Ben Affleck.

The accusations set de Carrouges against his friend, the playboy Count Pierre d’Alençon, and the conflict eventually is settled by mortal combat between the warrior and Driver’s Le Gris.

The clip shows Le Gris and de Carrouges being suited up for that final showdown, which begins with jousting, and goes into hand-to-hand combat. The sneak peek cuts away without revealing any major spoilers.

20th Century Studios is owned by Disney, the parent company of ABC News.