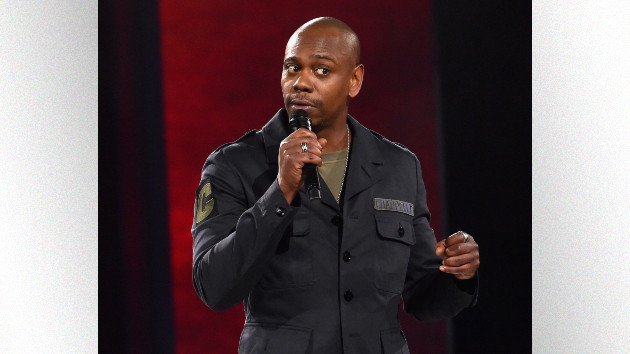 Dave Chappelle is headed back to Netflix with The Closer, a brand-new stand-up comedy special that will premiere on October 5.

Netflix released a teaser on Wednesday which shows Chappelle on stage telling an audience that “Comedians have a responsibility to speak recklessly.” Billed as “the sixth chapter,” the special serves as a potential ending to the comedian’s previous specials, which include The Age of Spin, Deep in the Heart of Texas, Equanimity, The Bird Revelation, and Sticks & Stones. Stan Lathan, who directed Chappelle’s previous Netflix specials, also returns to direct The Closer.

In other news, Toni Braxton is deepening her relationship with Lifetime. According to Deadline, the singer has returned to the network to star and exec-produce a series of television movies based on the Hollis Morgan mystery book series by R. Franklin James. In the first film installment, tentatively called The Fallen Angels Book Club, Braxton plays Hollis Morgan, an “ex-con turned amateur sleuth who sets out to investigate a series of murders at her book club.” As previously reported, Braxton made her TV movie debut with Lifetime’s Twist of Faith. She later went on to executive-produce and star in two other projects for the network. The Fallen Angels Book Club is expected to premiere sometime in 2022.

Finally, Ruth Negga is teaming up with Daniel Craig for a Broadway production of Macbeth, The Hollywood Reporter has learned. This play marks Negga’s Broadway debut and Craig’s return to Broadway after recently ending his run as James Bond in No Time to Die. Negga will play Lady Macbeth, while Craig will take on the titular role. Directed by Tony winner Sam Gold, opening night for Macbeth is set for April 28, 2022 at the Lyceum Theatre. Additional casting has yet to be announced.