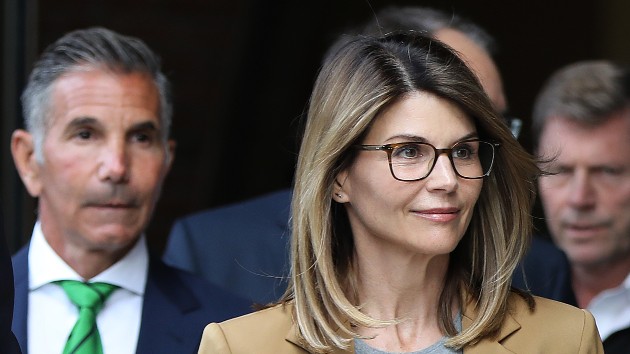 After serving time over her involvement in the Varsity Blues college cheating scandal, ABC Audio has confirmed Lori Loughlin is returning to TV, on the series When Hope Calls.

The show is a spin-off of the Hallmark Channel’s When Calls the Heart, on which Loughlin starred for six seasons before being abruptly written off when the network cut ties with her over the scandal.

For When Hope Calls‘ second season, Loughlin will reprise her role in the period drama as Abigail Stanton, a widow and cafe-owner who becomes a small-town mayor in 1910 Canada.

Loughlin and her husband Mossimo Giannulli pleaded guilty in May of 2020 to playing a role in the college admissions cheating scheme by paying $500,000 to get their two daughters into the University of Southern California as crew recruits, when neither child participated in the sport.

Both were sentenced to prison on conspiracy charges.

Loughlin pleaded guilty to one count of conspiracy to commit wire and mail fraud, and was released from prison at the end of December of this year after serving two months behind bars.