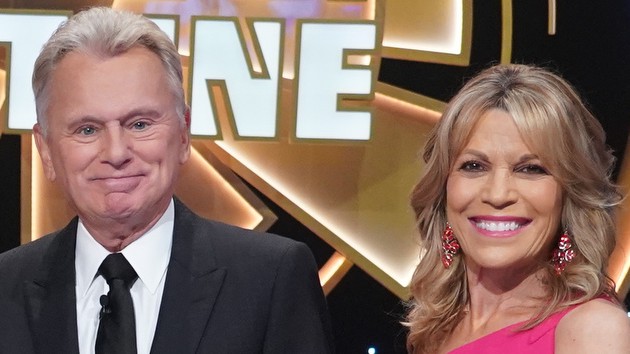 Hosted by pop-culture legends Pat Sajak and Vanna White, the series welcomes celebrity contestants to spin the world’s most famous wheel and solve word puzzles for a chance to win up to $1 million for the charity of their choice.

First up on Sunday night is Seinfeld veteran Jason Alexander, who is raising money for Americares; pro wrestler-turned Dancing with the Stars contestant Michael “The Miz” Mizanin, playing for Connor’s Cure at the V Foundation for Cancer Research; and DWTS dance pro Cheryl Burke, playing for PhilDev, which is dedicated to eradicating poverty through science and technology in the Philippines.

“It’s fun because we interact during the show, you know, their personality comes out,” White tells ABC Audio of the celebrity contestants. “They’re not playing a character, they’re playing themselves, and they’re having fun. And it shows!”

Sajak agrees. “It’s funny how many of them are just really excited to be here. You forget that they sit at home with their kids or used to sit with their grandmother or whatever, watching the show, just like everybody else….And it was funny to watch them come on the set and [say] ‘Look, there’s the puzzle board!’ …It was very fun and very gratifying.”

Sajak admits the famous fans tried to get their share of selfies on the stage. “Sometimes….I’d have to stop them,” the host laughs, “‘You know, we have a game to play here, guys. Put your phones away!'”