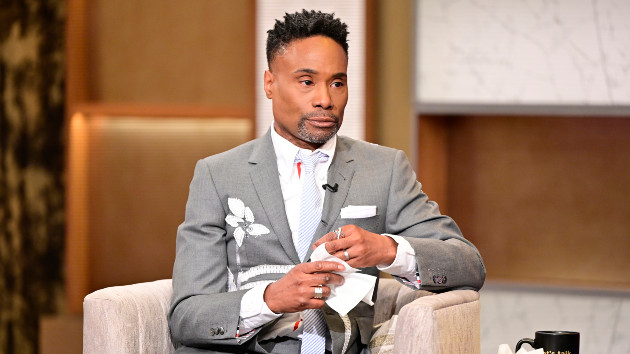 If Billy Porter ever had the chance to speak to the late Elizabeth Taylor, he knows exactly what he’d say to her: “Thank you.”

In a new interview with Entertainment Tonight, Porter reacted to being honored by the Elizabeth Taylor AIDS Foundation with their prestigious Commitment to End AIDS Award. Saying he was “humbled” by the honor, the Cinderella star couldn’t hold back the overwhelming appreciation he has for the late actress.

“You know, I have been gay a long time. I’ve been out since the ’80s, when it wasn’t so popular. HIV was around, Elizabeth Taylor was one of the first people in the public eye with celebrity to show the world how to love, to show the world what unconditional love looks like,” Porter said. “And all these years later to be honored in her name is… takes my breath away.”

And, although Taylor passed before the two could meet, Porter says that he would tell the actress, “Thank you,” if ever given the chance.

Porter, who revealed in May that he’s been HIV positive for 14 years, reflected on his advocacy work and what this award signifies in his journey.

“To be seen, inside of a space where I was not for a long time and not only not seen, but dismissed from the conversation… it is breathtaking to me that in the choosing of myself, in the choosing of my truth and my authenticity, my life has transformed and it’s magical,” he explained, noting that it also reflects a positive shift in public opinion.

Said Porter, “There is an evolution that’s going on. We’ve come a long way. And I know sometimes that’s hard to see because there’s so much negativity, but we also have to remember how far we’ve come.”