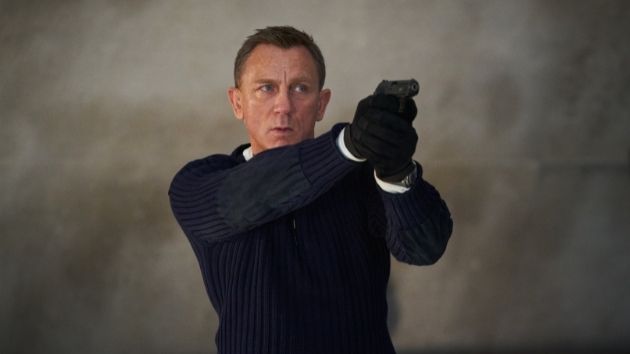 ﻿It was the first major Hollywood movie delayed because of the pandemic, and now the 25th James Bond film, No Time to Die, is finally in theaters this weekend. Daniel Craig returns for a final time as the British super spy, and he tells ABC News he’s thrilled fans get to see it in the theater, as intended.

“Bond movies are meant to be seen in cinemas with a crowd of people you don’t know that well with popcorn and drinks and some shouting and screaming,” he says.

Even though Craig knew No Time to Die would be the last time around for him, he admits that he didn’t take time to savor those moments while filming.

“There’s so many fires to put out. So many things to be thinking about, the following day, the following week, the following month, you’re just sort of in the process and that’s all that’s going on,” he explains. “It didn’t really, it didn’t hit home until the last shooting day.”

Craig, 53, adds that looking back on his experience, “the fun outweighs everything” despite a lot of “ups and downs.”

“I just look back with fondness about the people that I’ve had the chance to work with. That’s been really just the joy of it all,” he says.

With Craig’s exit, there enters a new 007, played by Lashana Lynch, who didn’t realize what she’d gotten herself into when it came to physical training for the part.

“I also did ask to be a ninja at the beginning, and I kind of regret that now because they did not go easy on me,” Lynch tittered.

No Time to Die opens in U.S. theaters today.